As we all know plant growth regulators are simple organic molecules which play a vital role in the growth and development of plants. Apart from these plant hormones or phytohormones, plant growth is also influenced by the certain external factors like temperature, length of a day, light and dark exposures,  etc.

Here we will discuss three phenomena- photoperiodism, vernalization and seed Dormancy which influences the growth of a plant. 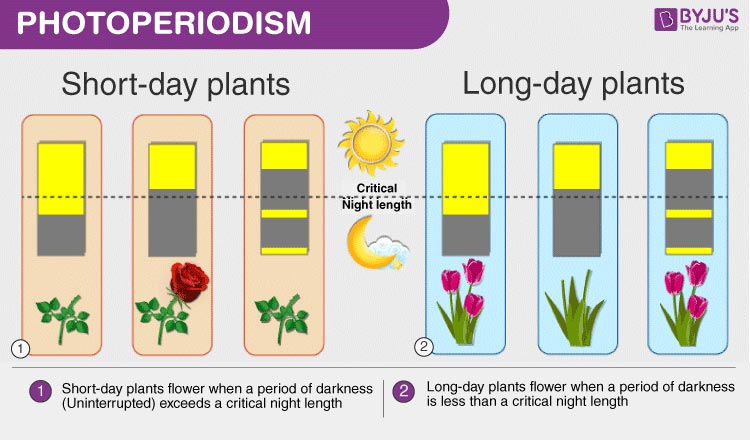 Photoperiodism is the phenomenon which is seen in most of the plants. It is the developmental responses of plants in which they are exposed either more towards the day or night for a particular length of day to induce flowering.

The continuation of the dark period is of equal importance. Therefore, it can be said that in certain plants, flowering depends on the duration of the light and dark exposures. This particular response to light and dark is known as photoperiodism. 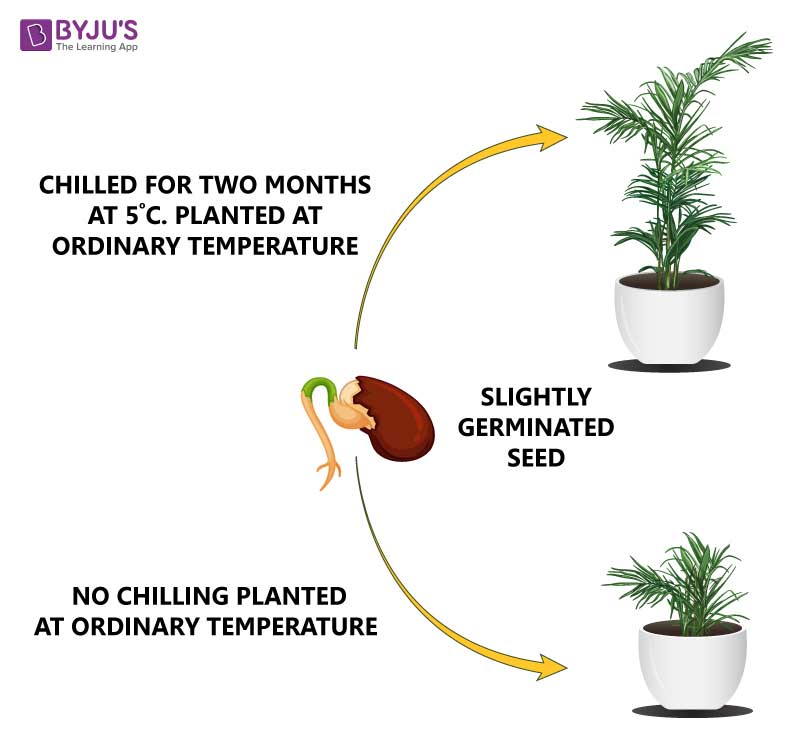 This term is used to describe the dependence of certain plants on exposure to low temperature for flowering qualitatively or quantitatively. It inhibits the development of reproductive organs in the growing season and permits the plant to have adequate time to reach its maturity stage.

Vernalisation is the phenomenon practised for the production of earlier crops. They are mainly cultivated in places where they naturally do not grow. Vernalisation helps in accelerating the plant breeding.

For example – the wheat plants which has two varieties – winter and spring. Beets, cabbage, turnips onions, are examples of vernalization.

The winter variety is planted in autumn; they get time to germinate and come out as small seedlings in winter, continue to grow in spring and are harvested in mid-summer. 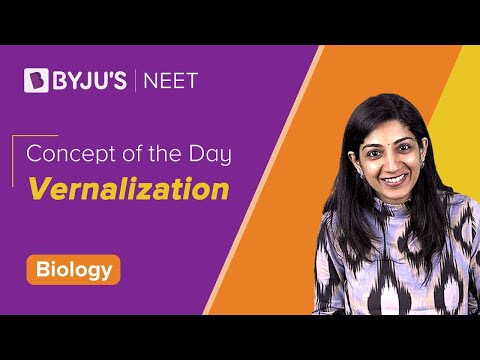 We often notice that seeds of some plant species do not germinate even after providing favourable conditions. This state of the seed is known as dormancy. The reason for this condition is that they need a period of rest or storage before becoming capable of germination. This period may vary from a few days to years.

Stay tuned with BYJU’S to learn more about Photoperiodism, Vernalisation and Seed Dormancy.

Photoperiodism refers to the flowering response of the plant to the lengths of the dark and light periods. This helps the flower to bloom in different seasons.

How is photoperiodism different from vernalisation?

Photoperiod is the time each day when a plant or animal is exposed to light in a 24-hour period. Different plants require a specific length of light exposure to enter different stages of life cycles.

How are photoperiodism and vernalization important?

Photoperiodism is required to regulate flowering in plants. On the contrary, vernalization allows the plant to reach vegetative maturity before reproduction could occur.

How is seed dormancy caused?

The seed coat prevents oxygen and water from permeating into the seed. This makes the seed dormant. Seed dormancy is also caused by preventing chemicals from entering inside the seed.