These were the first class of organisms to adapt to life on land. They are believed to have evolved from the amphibians millions of years ago. There are about 10000 different species of reptiles on earth. They are cold-blooded animals belonging to the phylum Chordata of Animal kingdom.

The skull of the reptiles is modified that gives the reptiles an efficient and powerful jaw action. The modification also makes the skull light.

Following are the important characteristics of the animals belonging to Class Reptilia:

The class Reptilia is differentiated into three major sub-classes: 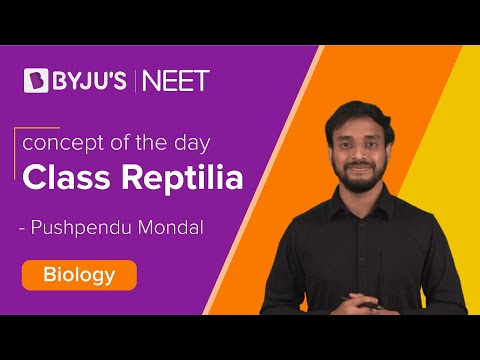 The class Reptilia is further divided into different groups known as orders:

Test your knowledge on Reptilia
Q5