Caffeine, also known by the name IUPAC name 1, 3, 7-Trimethylpurine-2,6-dione, has a chemical formula C8H10N4O2. Caffeine is found in common food and beverages that we consume every day, such as coffee and tea. Coffee and tea leaves contain a maximum of 5 % of the caffeine in them. In chemical laboratories, caffeine is prepared by the reaction between dimethylurea and malonic acid. In this short piece of article, let us learn more about the caffeine chemical formula, its chemical and physical properties along with its chemical structure. 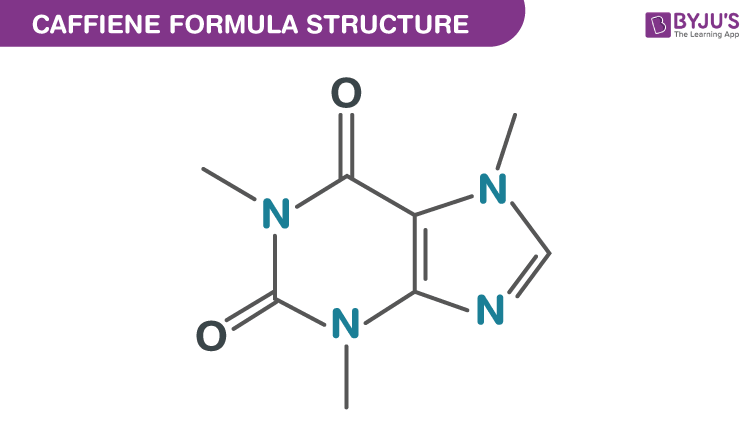