In previous chapters, you have studied how people elect their government. However, democracy is not just about people electing their rulers. In this chapter, you will get to know that rulers have to follow some rules and procedures with and within institutions for running a democratic government. The CBSE Notes Class 9 Political Science Chapter 4 – Working of Institutions begins with the manner in which major decisions are taken and implemented in India. You will come across 3 institutions that play a key role in major decisions i.e, the legislature, executive and judiciary.

As you have already studied about these institutions in earlier classes, we have quickly summarised them. Here, you will find the answers to various questions which often come to mind, such as what do these institutions do? How are these institutions connected? What makes their functioning more or less democratic? Go through these CBSE Class 9 Social Science Notes and get an in-depth understanding of these topics.

On August 13, 1990, the Government of India issued an Order which was called an Office Memorandum. The order says that other than SC and ST the 27% job reservation benefit will be given to a new third category called Socially and Educationally Backward Classes (SEBC). Only persons who belong to backward classes were eligible for this quota.

Who decided to issue this Memorandum? Such a major decision would have involved other major functionaries in India, which involves the following points:

When the Office Memorandum was passed in India, it was a hot debate issue. Some felt that this was unfair as it would deny equality of opportunity to those who did not belong to backward communities. While others felt that this would give a fair opportunity to those communities who so far had not adequately been represented in government employment. This dispute was finally resolved by the Supreme Court of India by hearing all the cases. This case was known as the ‘Indira Sawhney and others Vs Union of India case’. The Supreme Court judges in 1992 declared that this order of the Government of India was valid. Thus, the dispute came to an end and this policy has been followed since then.

Several arrangements are made in modern democracies which are called Institutions. Democracy works well when these institutions perform functions assigned to them.

To Know Powers Of The Parliament, Watch The Below Video: 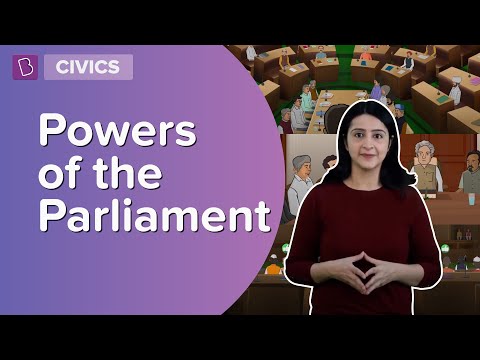 Why Do We Need Parliament

An assembly of elected representatives is called Parliament which exercises supreme political authority on behalf of the people. At the state level, this is called the Legislature or Legislative Assembly. The name may vary in different countries, but such an assembly exists in every democracy.

Parliament exercises political authority on behalf of the people in many ways as listed below:

Most large countries divide the role and powers of Parliament into two parts which are called Chambers or Houses.

In India, Parliament consists of 2 Houses. The two Houses are known as:

The President of India is a part of Parliament, although he/she is not a member of either House. All laws made in the Houses come into force only after receiving the assent of the President.

Indian Constitution does give the Rajya Sabha some special powers over the states. But on most matters, the Lok Sabha exercises supreme power. Here are some points that illustrate this:

In a democratic country, two categories make up the executive.

Why is the minister more powerful than the civil servant?

Prime Minister and Council of Ministers

The Council of Ministers is the official name for the body that includes all the Ministers. It usually has 60 to 80 Ministers of different ranks as mentioned below:

Parliamentary democracy in most countries is often known as the Cabinet form of government because most of the decisions are taken in Cabinet meetings. Every ministry has secretaries, who are civil servants. The secretaries provide the necessary background information to the ministers to take decisions. The Cabinet as a team is assisted by the Cabinet Secretariat.

Powers of the Prime Minister

As head of the government, the Prime Minister has wide-ranging powers, which are mentioned below:

The President is not elected directly by the people. A candidate standing for the President’s post has to get a majority of votes from Members of Parliament (MPs) and the Members of the Legislative Assemblies (MLAs) to win the election.

The President exercises all these powers only on the advice of the Council of Ministers. The President can only appoint the Prime Minister by his/her own will.

All the courts at different levels in a country put together are called the judiciary. The Indian judiciary consists of:

India has an integrated judiciary which means the Supreme Court controls the judicial administration in the country. Its decisions are binding on all other courts of the country. It can take up any dispute

Independence of the judiciary means that it is not under the control of the legislature or the executive. The judges do not act on the direction of the government or according to the wishes of the party in power.

For More Information On Indian Judiciary And The Court System, Watch The Below Video: 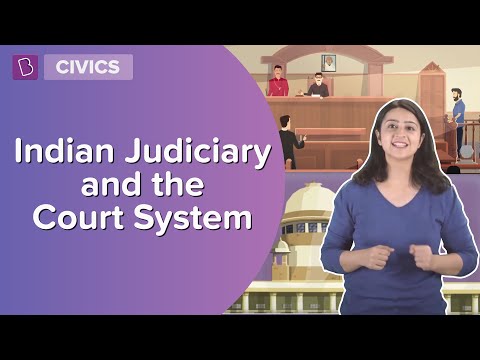 The judiciary in India is one of the most powerful in the world.

The powers and the independence of the Indian judiciary allow it to act as the guardian of the Fundamental Rights. Anyone can approach the courts if public interest is hurt by the actions of the government. This is called public interest litigation.

We hope CBSE Notes Class 9 Political Science helped you in your studies. Keep Learning and stay tuned for more updates on CBSE and NCERT. Download the BYJU’S App and subscribe to YouTube channel to access interactive Maths and Science videos.

What is the meaning of a ‘Political Institution’?

Political institutions are the organizations in a government that create, enforce and also apply these laws.

What is a ‘Memorandum’?

A memorandum is an informal communication between governments which often states a particular diplomatic purpose or point of view.

What are the three parts of Parliament in India?

The Parliament of India has three constituents, namely, the President of India, the Rajya Sabha (Council of states) and the Lok Sabha (House of the People).