CBSE Allows Failed Class 10, 12 Students to Appear As a Regular Candidate In Board Exam

Central Board of Secondary Education which is commonly known as CBSE has passed an announcement stating that the students who have failed in their class 10th or 12th board examination or the students who need improvement in their marks can now appear the upcoming board exam as a regular candidate. The CBSE board conducts the secondary examination and higher secondary examination for the 20,000 schools affiliated to it. The board is seeking for improvement although the decision of registering the student is completely based on the school or trust that is affiliated with the CBSE board.

The Board has also started the method of online submission for the ‘List of Candidates’ for those regular candidates who appear for the upcoming board exam in class 10 and class 12.

The official notification by the board stated : 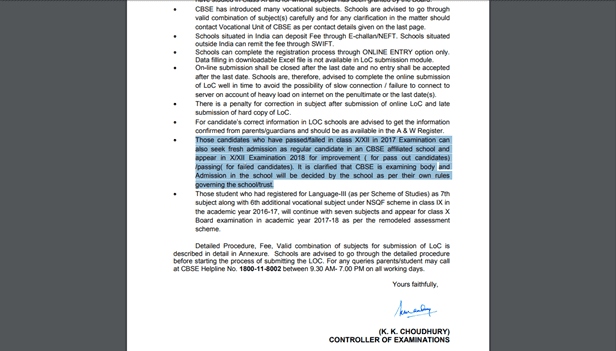 Stay tuned with Byju’s to get latest Notifications on CBSE.