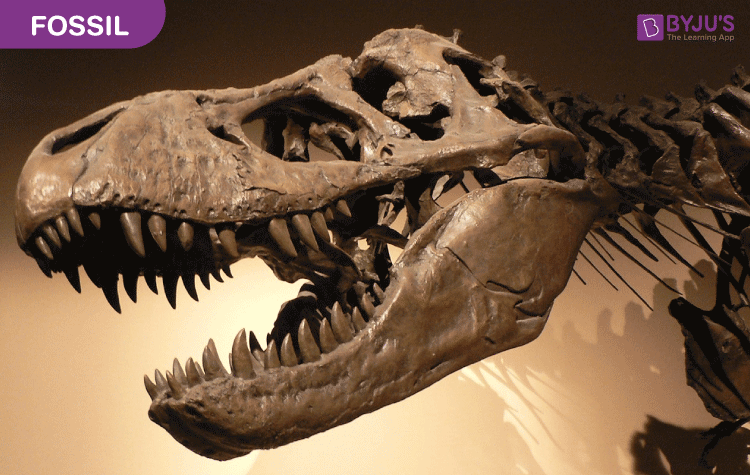 Sometimes while moving around museums, you must have come across some remains of dead animals which were alive a long time ago, usually dinosaurs or other animals which are now extinct and also the remains of plants inside the earth. These are nothing but fossils. Technically, fossils are the solidified remains of the prehistoric animals or plants within land and fossil fuels are the combustible materials formed due to the Decomposition of those remains. The term fossil is usually applied to bones, teeth or shells of animals that doesn’t exist anymore. Other impressions like footprints are also part of fossilised remains of once lived life. Large parts of animal bones, dried dead skin and hair, have also been discovered with their bones. Around ninety-nine percent of the animal, fossils consist of preserved parts and these provide us valuable information about life in the past.

Fossilisation of a dead organism normally starts when the body is buried before the external decay sets in. The organism is buried in sand or sometimes gets sunk into a bog or at the bottom of a lake, sea, or river. After the burial, decay starts and the soft parts of the body are destroyed. The harder parts survive as fossils. Water, sand and mud hardens to rock and the organic remains are safely preserved and maintained.

When fossils are discovered, they are studied as the remains of past life, their place is determined in historical sequence and fossils from various parts of the world are compared. Only then a fossil record can be created.

Some of the features of fossil records can be best represented in a tabular form. The most recent fossils are formed in upper strata of the earth and the oldest ones in most recent, and the most ancient ones are at the bottom.

Thousands of fossils have been discovered and these form a minute fraction of the total number of animals and plants that lived on the earth long time ago.