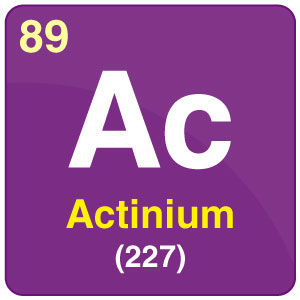 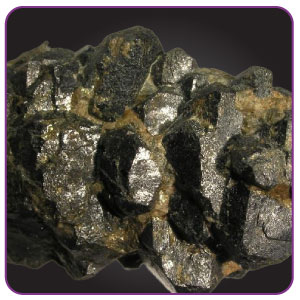 Actinium is the first element of the actinide series. All 36 known isotopes of actinium are radioactive. Ac 227 and 228 are naturally occurring isotopes with the half-life of 21.77 years and 6.13 hours respectively. It is 150 times more radioactive than radium. It is hazardous to health. If ingested, it gets deposited into the liver and bones, damaging the cells due to radioactive decay.

It is found naturally in uranium ores. It rarely occurs as a free element in the earth’s crust. It is more frequently produced in the lab.

What is the use of actinium?

Actinium used in the field of medicine as an agent for radiation therapy. It is found naturally in uranium ores. It has immense value as a neutron source as it is one fifty times more radioactive than compared to radium

How dangerous is actinium?

Actinium is a radioactive element that emits alpha ray. So it is toxic in nature. It is only used for research purposes.

Is actinium an actinide?

Actinium is the first member of the actinide series, although it has no 5f electrons but it has similar chemical properties to Lanthanum.

What are the interesting facts about Actinium?

The word actinium comes from Greek aktis or aktions, which means beam or ray. Actinium glows in the dark due to its intense radioactivity with blue light, In 1899 it was discovered by André Debierne. It has 36 isotopes none of them are stable.

Is actinium rare or common?

Actinium is the rare element. It is found in trace amounts in uranium ore, but more commonly produced by the neutron irradiation of 226-Ra in nuclear reactor.

Test your knowledge on actinium!
Q5