What is a Catalyst?

Catalysis is the process of increasing the speed of chemical reactions by adding substances called catalysts. The catalyst is not consumed during the reaction and remains unchanged after the reaction. Usually only a very small amount of catalyst is required.

Selectivity of catalyst and its activity is an important concept. Catalytic surface is generally inactive in nature. When a reactant is adsorbed on the catalyst surface, it makes the catalyst active. This incites the further process of reaction. Catalysts are highly specific in nature, that is, what may be a catalyst for one can be an inhibitor for another. Some catalysts with the same set of reactants give different products in comparison to other catalysts. 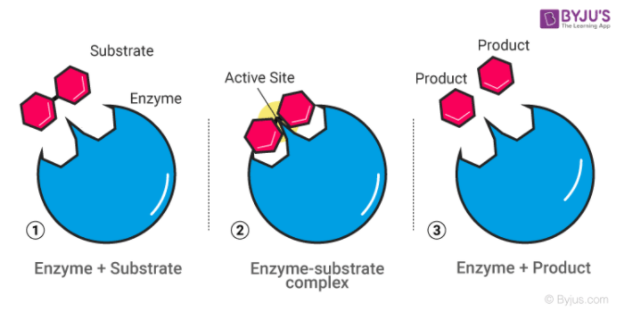 Some basic properties of catalyst are explained below:

It must be strong enough to make the catalyst active whereas, not so strong that the reactant molecules get immobilized on the catalytic surface leaving no further space for the new reactants to get adsorbed. Generally for the hydrogenation reaction, from Group 5 to Group 11 metals, the catalytic activity increases. The catalytic activity is found to be highest for group 7-9 elements of the periodic table.

What does catalytic activity mean?

The rise in chemical reaction rate caused by the presence of a catalyst. A catalyst number, expressed as an increase of its reaction rate.

How do you measure catalytic activity?

What is the purpose of a catalyst?

A catalyst is a product that may be added to a mixture, without being absorbed in the process, to increase the reaction rate. Usually, catalysts speed up a reaction by reducing the activation energy by modifying the structure for the reaction.

What is a catalyst in a chemical reaction?

In chemistry, catalyst is any product that increases the rate of a reaction without being absorbed by itself. Naturally occurring enzymes are catalysts responsible for certain important biochemical reactions.

What do you mean by activity and selectivity of catalyst explain with suitable example?

Test your knowledge on activity selectivity of catalyst!
Q5