Alcohol structure is mainly attributed to the presence of hydroxyl group. In alcohols, the carbon atom of the main chain is bonded to the oxygen atom of the hydroxyl group by a sigma (σ) bond. This sigma bond is formed due to the overlap of an sp3 hybridized orbital of carbon with an sp3 hybridized orbital of oxygen. Due to the repulsion between the unshared electron pairs of oxygen, the bond angle of C-O-H bonds in alcohols is slightly less than the tetrahedral angle (109°-28′). 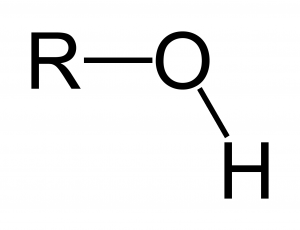 Hence, C-O bond length in phenol is slightly less than that in methanol. 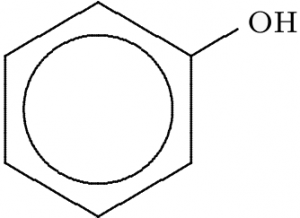 For the nomenclature of alcohol, phenol and ether you may visit

Why does phenol turn pink after long standing?

What is the common name of the simplest ether?

The simplest ether is CH3OCH3 , its common name is Dimethyl ether.

How do you turn alcohol into ether?

Primary alcohols are converted to ethers on heating in the presence of an acid catalyst. This kind of reaction is called condensation reaction. In this case two alcohol molecules combine to give an ether and water.

Does alcohol have a hydroxyl group?

Hydroxyl group is a functional group,alcohol is the organic compound which contains one or more hydroxyl groups attached to the alkyl group.

Is carboxylic acid a hydroxyl group?

Carboxylic acid is a class of organic compound which contains a carbon atom which is doubly bonded with an oxygen atom and singly bonded with a hydroxyl group. I.e -COOH