Sometimes due to overproduction of acids, we feel an irritation in the stomach which causes pain. This sometimes leads to ulcers in the stomach. The treatment of acidity was found in 1970 by the action of antacids. The substances which neutralize the acids of the stomach are called antacids.

Acidity in the stomach causes the sensation of heartburn, antacids are taken to relieve this sensation. They are taken orally to suppress the effects of acidity. Antacids are actually alkaline ions that directly neutralize the gastric acids of the stomach.

Substances such as sodium hydrogen carbonate or a mixture of aluminium and magnesium hydroxide are used as antacids. When we use an excess of hydrogen carbonate, the stomach gets alkaline which further induces the production of acids. Therefore, we use metal hydroxides which are insoluble, and they do not increase pH value above neutrality.

These treatments are used to control the symptoms and not the causes. Hence, the patients cannot be treated with such metal salts. If the acid is not treated properly then in advanced stages ulcer formation takes place which can be life-threatening and the only cure to this is the removal of the affected part of the stomach. 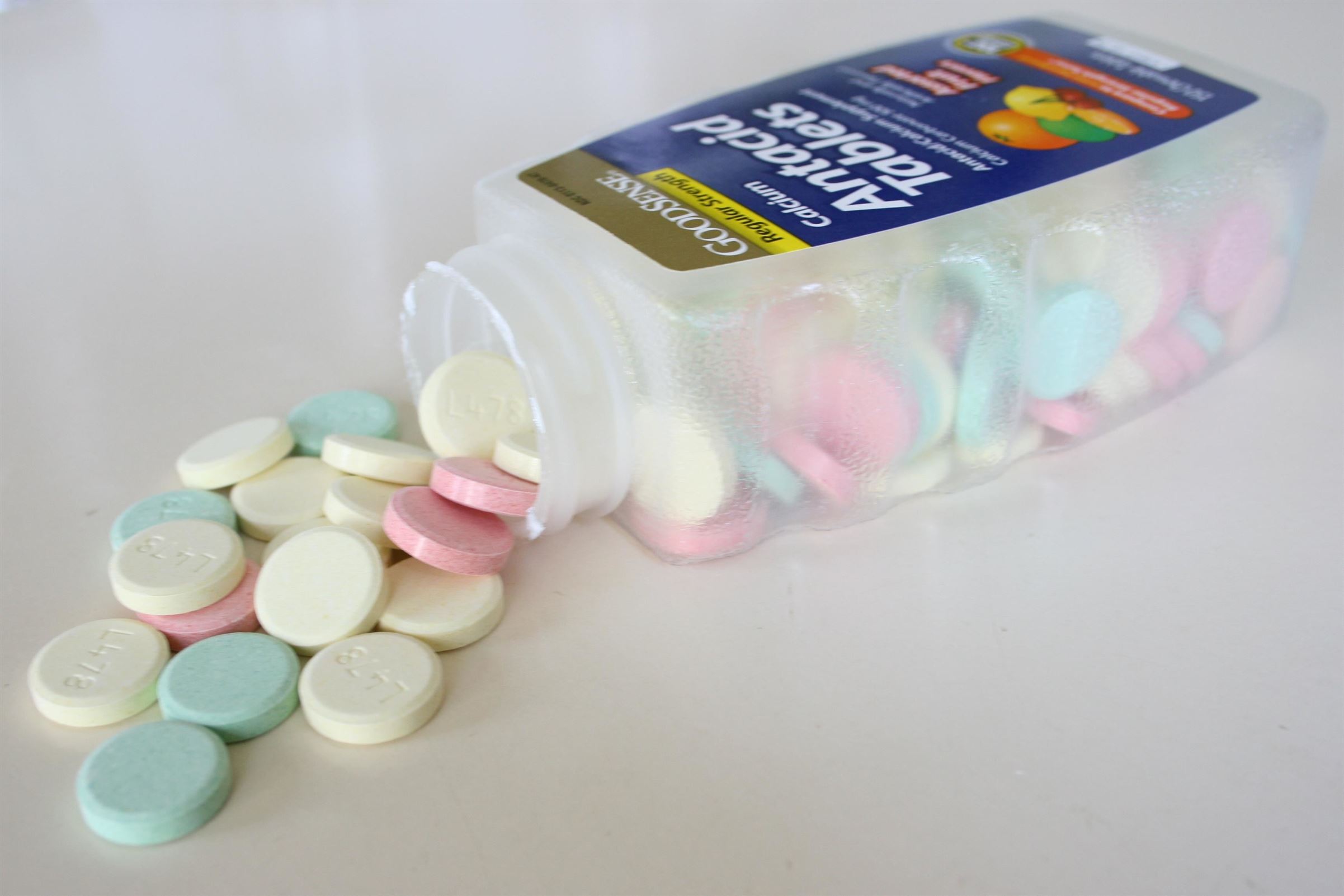 Gastroesophageal reflux disease (GERD), also known as acid reflux, is a long-term condition where stomach contents come back up into the oesophagus resulting in either symptoms or complications. Symptoms include the taste of acid in the back of the mouth, heartburn, bad breath, chest pain, vomiting, breathing problems, and wearing away of the teeth. Complications include esophagitis, oesophagal strictures, and Barrett’s oesophagus. 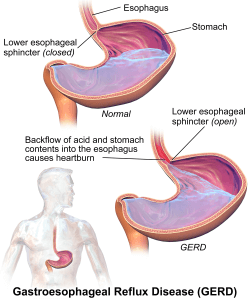 Histamine was a major breakthrough in the treatment of hyperacidity. Histamine stimulates the secretion of pepsin and hydrochloric acid in the stomach. The drug cimetidine (Tagamet) was designed in order to prevent the interaction of histamine with the receptors present in the stomach wall. This led to the release of lesser amounts of acid.

Tagamet was the largest selling drug in the world until the discovery of another similar drug ranitidine (Zantac).

Why are antacids used?

Antacids are drugs that help to reduce indigestion and heartburn by neutralizing (counteracting) the acid in your stomach. They are available in liquid or chewable tablet form and can be purchased without a prescription from pharmacies and retail outlets.

How are antacids used in everyday life?

The symptoms of too much stomach acid, such as stomach distress, heartburn, and acid indigestion, are treated with this drug. It’s also used to reduce the symptoms of excess gas, such as belching, bloating, and stomach/gut pressure/discomfort. Simethicone aids in the breakdown of gas bubbles in the intestine.

What are natural antacids?

Baking soda, commonly known as sodium bicarbonate, is an antacid that comes from nature. A teaspoon of baking soda dissolved in 8 ounces of water and consumed will neutralise stomach acid and briefly relieve acid reflux-related heartburn.

What is the fastest way to neutralize stomach acid?

Are there side effects to taking antacids?

Nausea, constipation, diarrhoea, and headaches are all possible side effects of this medicine. Notify your doctor if these symptoms persist or worsen. If your doctor has prescribed this drug, keep in mind that he or she has determined that the benefit to you outweighs the danger of adverse effects.

So we have seen the properties of antacids and its various uses and the associated side effects. For any further query on this topic, call the mentor support team at BYJU’S.

Test Your Knowledge On Antacids!
Q5