Antiperiplanar or Anti-periplanar represents the A–B–C–D bond angle in a molecule in organic chemistry. The molecule will be asymmetrical in a Newman projection, with the anti-periplanar functional groups facing up and down, 180° apart.

A bonding orbital and an anti-bonding orbital will be approximately parallel, or synperiplanar, using antiperiplanar geometry. Hyperconjugation occurs when parallel orbitals collide and get intertwined.

Anti-periplanar and syn-periplanar are two words you can come across in organic chemistry. Both terms refer to the shape of a molecule’s chemical bonds.

The anti-periplanar conformation has a dihedral angle of between 150° and 180° between two atoms or groups of atoms. The groups are anti-coplanar in this configuration. 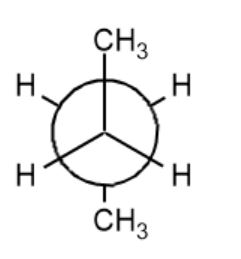 Butane (C4H10) is shown in a syn-periplanar conformation, with the two methyl groups (-CH3) aligned at an angle of 180°.

A bimolecular elimination process occurs when the breaking carbon-hydrogen bond and the leaving group are anti-periplanar.

A methyl group is found anti-periplanar to an activated alcohol functional group in the pinacol rearrangement. The rearrangement reaction gets its name from the conversion of pinacol to pinacolone.

Pinacol is a chemical that has two hydroxyl groups, one on each vicinal carbon atom. It’s a white organic substance that’s solid.

In their 1960 paper “Description of steric connections across single bonds,” Klyne and Prelog defined the term anti-periplanar for the first time. The two functional groups on opposite sides of the bond plane are called ‘anti’. Periplanar is derived from the Greek word peri, which means “roughly planar.” A “Periplanar or Coplanar?” they ask in their piece. According to Kane and Hersh, many organic textbooks use anti-periplanar to mean completely anti-planar or anti-coplanar, which is technically incorrect.

Syn-periplanar, often known as synperiplanar, is a type of anti-periplanar. The A and D are on the same side of the bond plane in the syn-periplanar conformer, with the dihedral angles of A–B and C–D between +30° and 30°.

What are the optimal conditions for the E2 mechanism?

Because E2 reactions require a rather strong base, solvents that can support the base in a dissociated form are preferred. Acidic media solvents are not suitable since they can form hydrogen bonds with the base and therefore ‘buffer’ it, lowering its activity.

What happens in a pinacol rearrangement?

The pinacol rearrangement is an acid-catalyzed dehydration of glycols that results in the formation of an aldehyde or ketone.

The Leaving Group Is Always “Anti-Periplanar” To The Hydrogen Removed On The Adjacent Carbon (i.e. the “Beta-Carbon”) in The E2 Reaction.

Why does E2 need to be Antiperiplanar?