Biopolymers are polymers that are produced by living organisms. They are generally polymers of starch. These are composed of monomeric units. They can be classified based on the three main classes based on the formation of structure, length of the polymers that comprehends more than thirteen nuclei monomers or amino acids which are short lengthened amino acids. Difference between Biopolymers and Synthetic Polymers

Major difference can be identified by their structure. All polymers are composed of monomers, the repetitive units. Lignocellulose is a biopolymer with a finite structure. In proteins, primary structure consists of specific chemical composition and all units are arranged in sequence. Numerous biopolymers naturally folds into compact shapes which defines biological functions.

Relatively synthetic polymers are simple and arbitrary structures. Their synthesis is regulated through template-directed process, this factor may point to the molecular mass distribution that is not found in biopolymers.

Polymers of sugar are either branched or linear and are attached with glycosidic bonds. Various chemical modification can occur in many saccharide units. This type of biopolymers are often difficult in terms of conventions.

Conventions regarding nucleic acids is to list the nucleotides in sequence occurring from fifth end to the third end of the polymer chain. Where fifth and third represents the numbering of carbons that is present around the ribose ring participating in the formation of phosphodiester linkages of the chain. 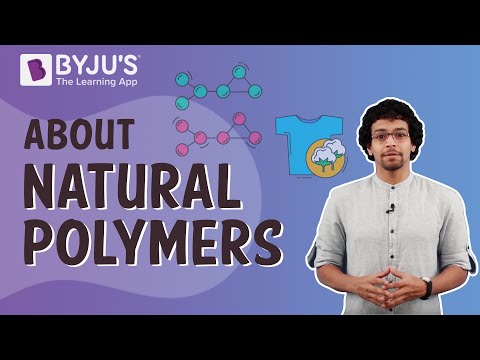 Test your knowledge on biopolymers!
Q5