Chloroform is an organic chemical compound initially employed as an ideal anesthetic. It was first prepared in 1831. The chemical formula is CHCl3. It is colourless, sweet smelling dense liquid produced in large scale. Chloroform may be released to the air as a result of its formation in the chlorination of drinking water, wastewater and swimming pools. Chloroform is an industrial chemical that can act as a lacrimator. It is non-flammable, which makes it safer to handle than ethanol. 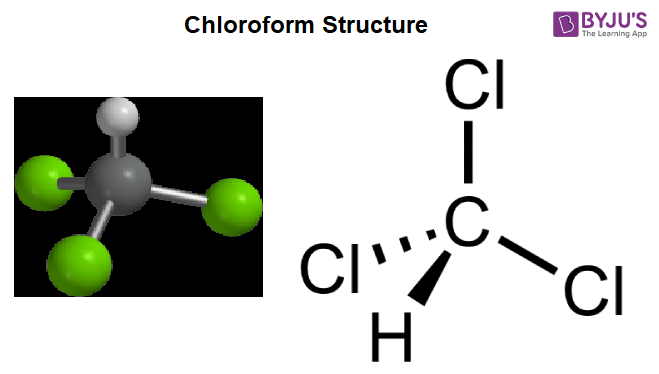 What are the uses of chloroform?

Chloroform is a volatile and colourless liquid which is a trichloromethane derivative with a smell similar to an ether. Formerly used during surgery as an inhaled anaesthetic, the main application of chloroform today is in agriculture, where it is used as a solvent, and also particularly in the manufacture of the refrigerant freon.

How does chloroform affect the human body?

Local symptoms following chloroform inhalation include shortness of breath, and nose and throat irritation. Acute inhalation can lead to systemic symptoms such as agitation, nausea and vomiting accompanied by ataxia, dizziness, drowsiness.

Chloroform is a transparent liquid with a slightly sweet taste and an ether-like odour. It is a naturally occurring compound but much of the environmental chloroform is man-made.

How does chloroform render people unconscious?

Chloroform effectively makes a human unconscious by disrupting the functions of intercellular protein synthesis. Doctors will use a cloth mask with a constant drip of chloroform (or ether) onto it, placed over the nose and mouth with a wire frame, to knock someone out with chloroform.

Test your Knowledge on Chloroform!
Q5