Surface chemistry is the study of the physical and chemical phenomena that occur at the boundary (interface) between two bulk phases.

A pure compound or a solution can be used as the bulk phase.

The bulk phases can be solid-liquid, solid-gas, solid-vacuum, liquid-gas, and so on.

Some applications of surface chemistry are known as surface engineering. There are various phenomena taking place on the surface of substances and some of them are:

In a wider perspective, surface chemistry deals with the interaction of surfaces of one system with that of the other system. Some phenomena work on this principle such as: 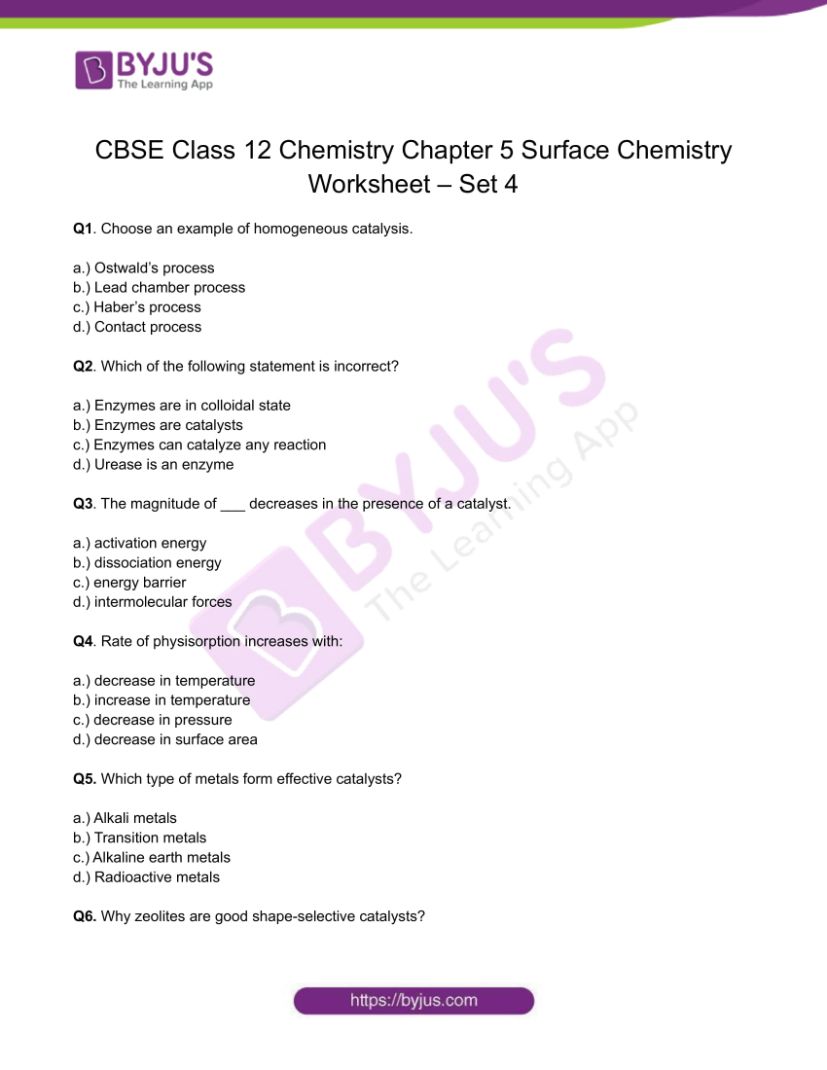 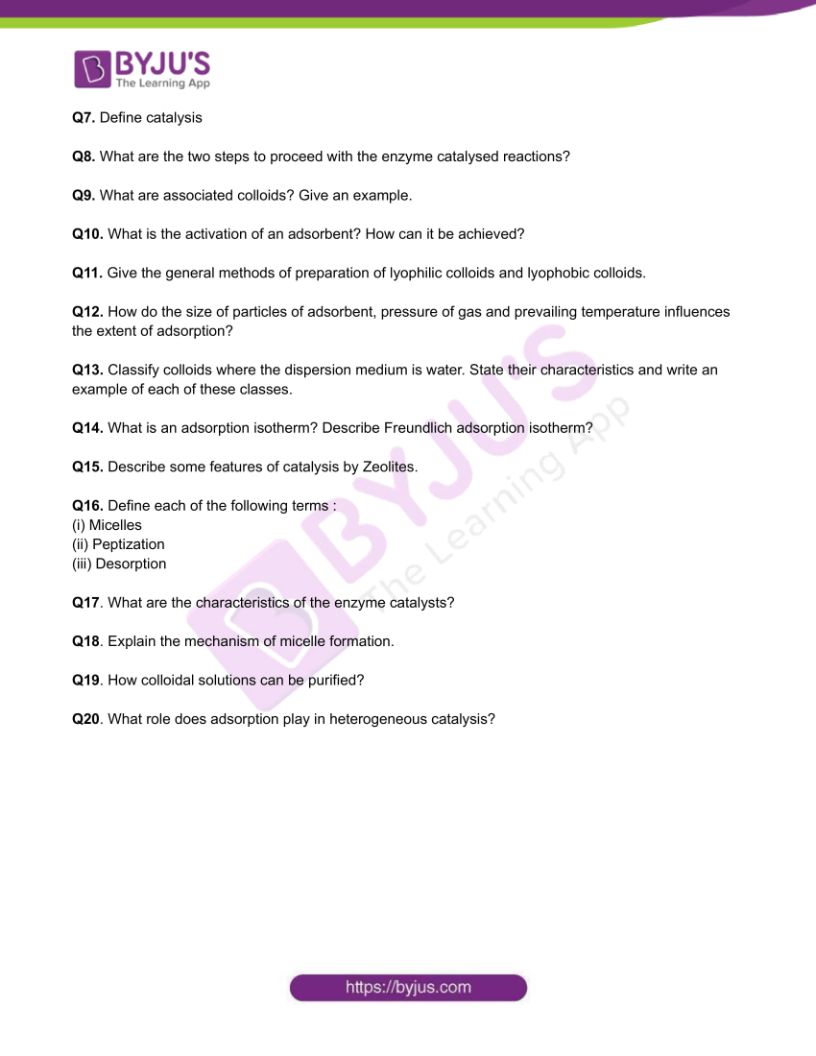 Q2. Which of the following statement is incorrect?

a.) Enzymes are in colloidal state

b.) Enzymes are catalysts

c.) Enzymes can catalyze any reaction

d.) Urease is an enzyme

Q3. The magnitude of ___ decreases in the presence of a catalyst.

Q4. Rate of physisorption increases with:

a.) decrease in temperature

b.) increase in temperature

Q8. What are the two steps to proceed with the enzyme catalysed reactions?

Q9. What are associated colloids? Give an example.

Q10. What is the activation of an adsorbent? How can it be achieved?

Q11. Give the general methods of preparation of lyophilic colloids and lyophobic colloids.

Q12. How do the size of particles of adsorbent, pressure of gas and prevailing temperature influences the extent of adsorption?

Q13. Classify colloids where the dispersion medium is water. State their characteristics and write an example of each of these classes.

Q15. Describe some features of catalysis by Zeolites.

Q17. What are the characteristics of the enzyme catalysts?

Q19. How colloidal solutions can be purified?

Q20. What role does adsorption play in heterogeneous catalysis?