The study of the physical and chemical phenomena that occur at the boundary (interface) between two bulk phases is known as surface chemistry.

The bulk phase can be a pure compound or a solution.

Solid-liquid, solid-gas, solid-vacuum, liquid-gas, and other bulk phases are possible.

Surface engineering refers to some surface chemistry applications. Various phenomena occur on the surface of substances, some of which are as follows:

Surface chemistry, in a broad sense, is concerned with the interaction of one system’s surfaces with those of another. Some phenomena, for example, work on this principle: 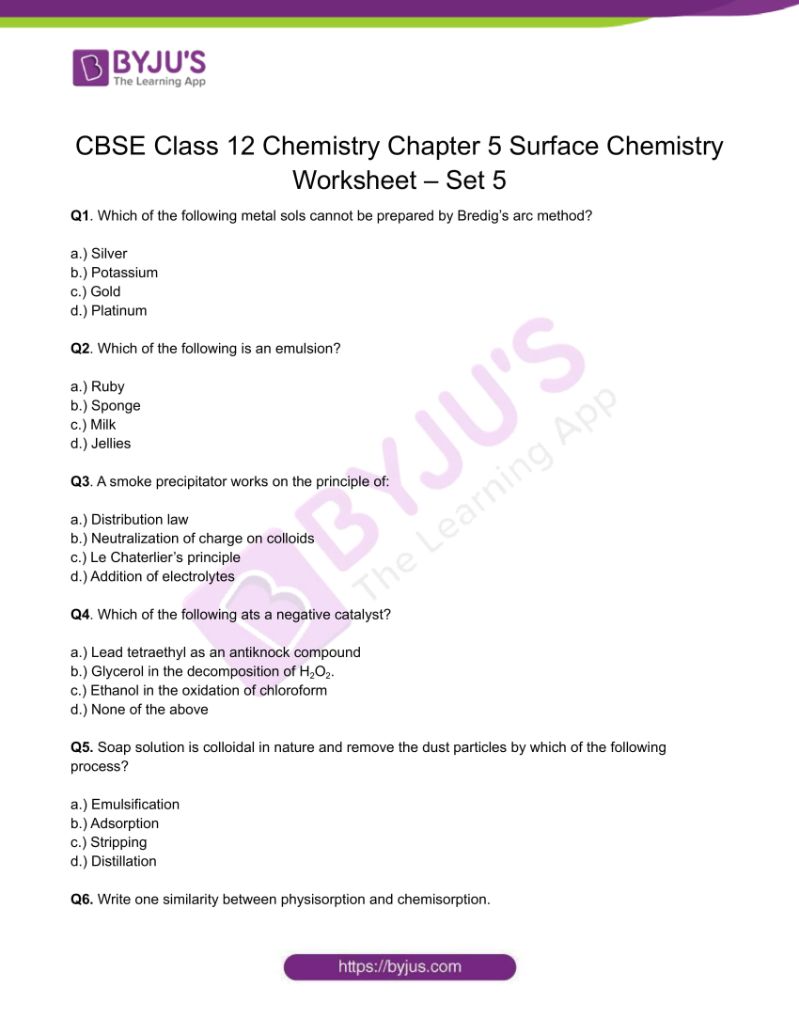 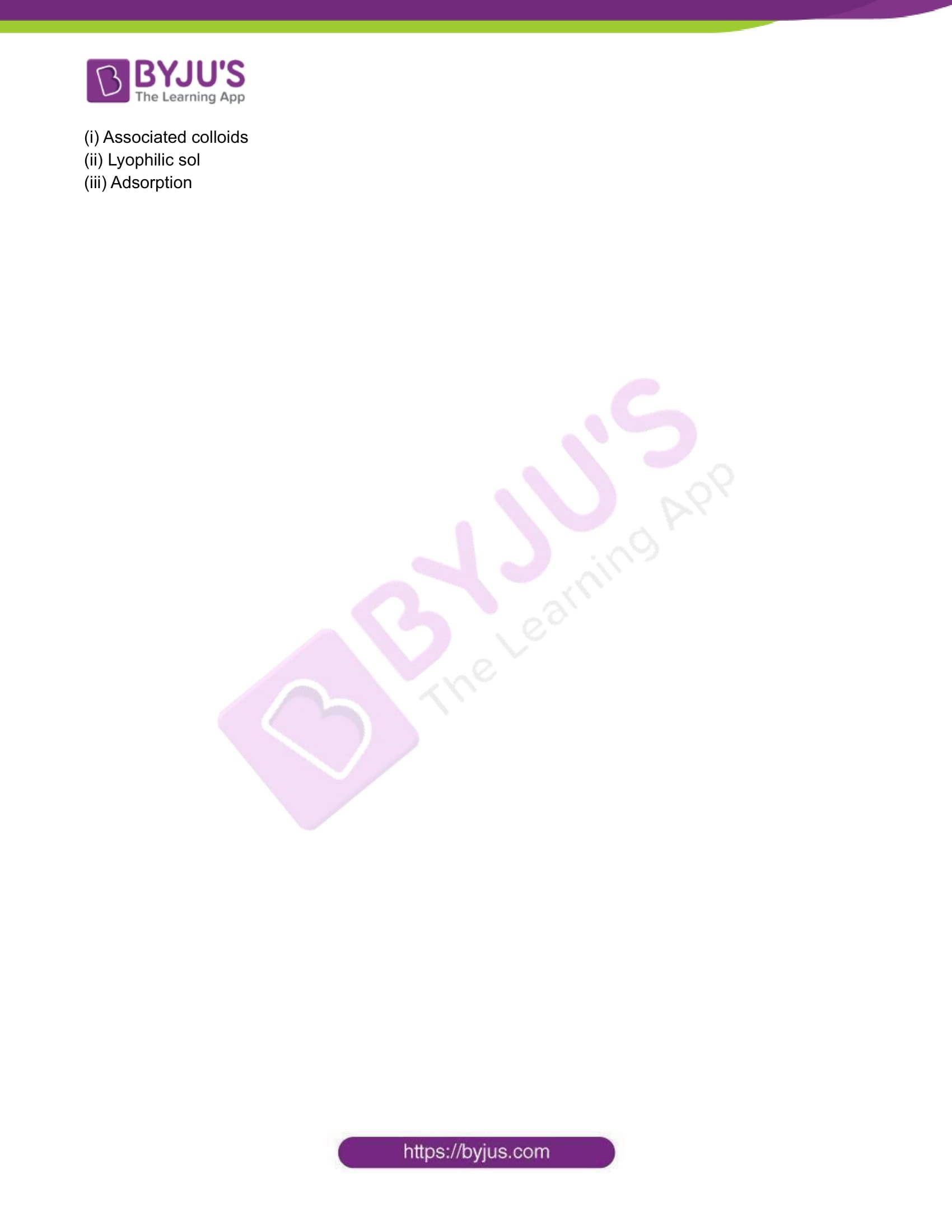 Q1. Which of the following metal sols cannot be prepared by Bredig’s arc method?

Q2. Which of the following is an emulsion?

Q3. A smoke precipitator works on the principle of:

b.) Neutralization of charge on colloids

Q4. Which of the following ats a negative catalyst?

a.) Lead tetraethyl as an antiknock compound

b.) Glycerol in the decomposition of H2O2.

c.) Ethanol in the oxidation of chloroform

Q5. Soap solution is colloidal in nature and remove the dust particles by which of the following process?

Q6. Write one similarity between physisorption and chemisorption.

Q7. What is the difference between oil/water (O/W) type and water/oil (W/O) type emulsions? Give an example of each type.

(a) Same substance can act both as colloids and crystalloids.

(b) Artificial rain is caused by spraying salt over clouds.

Q9. Write the dispersed phase and dispersion medium of the following colloidal systems:

Q10. Give reasons for the following observations :

(i) Leather gets hardened after tanning.

(iii) It is necessary to remove CO when ammonia is prepared by Haber’s process.

Q11. What happens when an emulsion is centrifuged?

Q13. Write the characteristics of Chemisorption.

Q14. Action of soap is due to emulsification and micelle formation. Comment.

Q15. How do emulsifying agents stabilise the emulsion?

Q16. What are the characteristics of the following colloids? Give one example of each.

(a) How can we get the following colloidal solutions :

(i) Sulphur in water

Q19. What is a protective colloid?

Q20. Define the following terms giving an example of each :