Most solid substances are crystalline in nature. Based on the intermolecular forces acting between them, the Crystalline Solids can be further classified. 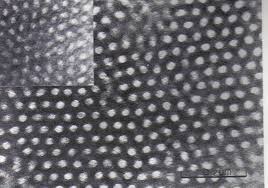 Such solids have a symmetrical distribution of electrons and therefore there is no abundance of charge on either side. Opposite charges cancel each other out. Examples are methane, chlorine, hydrogen, oxygen. At room temperature and pressure, they are liquids or gases. The force binding or holding the molecules together in these solids, are Vander Waals forces (weak dispersion or London forces). These forces are weaker than ionic or covalent bonds.

In these solids, the geometry is such that one side has a negative charge, and the other has a positive charge. The force holding them together is a dipole – dipole force of attraction. Their melting and boiling points are higher than non-polar molecular solids but still relatively low. Examples of polar molecules are ethanol and ammonia.

In these kinds of solids, the intermolecular forces are strong hydrogen bonds. Their boiling and melting points are higher compared to polar and non – polar molecular solids. They exist as volatile liquids or soft solids at room temperature and pressure. Water is an example of hydrogen-bonded molecular liquid.

Constituent particles in ionic solids of the Crystalline Solids are anions (negatively charged) and cations (positively charged). An ion is surrounded by a typical number of opposite charges. For example, in NaCl, the Na+ ion is surrounded by 6 Cl- ions. Ions in these solids are held together by strong electrostatic forces. They have high melting and boiling points and are soluble in polar solvents but not in non-polar solvents.

What are covalent solids? In these solids, atoms of molecules are held to each other by covalent bonds. A network of interconnecting covalent bonds throughout the crystal thus leads to the formation of a giant molecule. They have high melting and boiling points and are generally bad conductors except graphite which is a good conductor (due to the fourth electron being free).

Is glass a crystalline solid?

Glass is a non-crystalline amorphous solid, often translucent, that has widespread practical, technical, and decorative use in window panes, tableware, and optics, for example. Glass is most commonly formed by the molten form’s accelerated cooling (quenching); other glasses exist spontaneously, such as volcanic glass.

What are the properties of crystalline solid?

There are well-defined edges and faces of crystalline solids, diffract X-rays, and appear to have sharp melting points. Amorphous solids, on the other hand, have irregular or curved surfaces, do not have well-resolved x-ray diffraction patterns, and melt over a wide temperature spectrum.

Which is better crystalline or amorphous?

Inherently, Amorphous is less effective than crystalline, being just around 7-10% efficient in light transfer relative to a crystalline panel of the same scale that usually has 12-15% efficiency. By contrast, over its life, crystalline remains at around 95 percent of its reported operational performance.

Is a crystalline solid ionic?

In their arrangements, amorphous solids do not have any order. There are four types of crystalline solids: ionic solids-Positive and negative ions are formed and electrostatic attractions are retained together. They are distinguished in the solid state by very high melting points and brittleness and are weak conductors.

Our expert faculty at BYJU’S can help for further explanations on types of solids.

Test your Knowledge on Classification of crystalline solids!
Q5