Viscosity is defined as the degree up to which a fluid resists the flow under an applied force; it is measured by the tangential friction force acting per unit area divided by the velocity gradient under conditions of streamline flow.

An important rheological measurement that is closely related to the resistance to flow is called viscosity.

The Viscosity of a fluid described as the resistance of liquid. For example liquids like water, alcohol, petrol and more flow freely and faster than glycerin solution, honey, and oil. This is because of its physical property and is called viscosity. In simple words, it explains the fluid’s flow resistance. 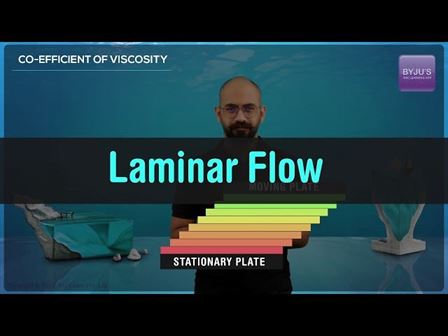 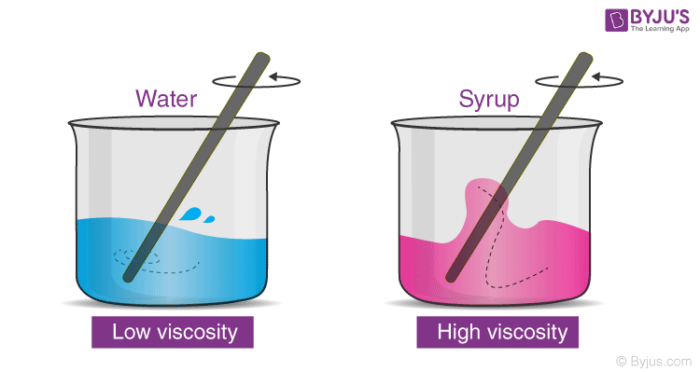 An important question most people do not ask is, why even measure Viscosity? The main reason behind this being, that viscosity data on a material gives manufacturers a chance to predict how the material will react and behave when consumers interact with it.

The most simplistic formula for measuring viscosity is:

The Coefficient of Viscosity Formula

The force of friction between two layers of fluid having the area in square centimetre and separated by distance will have a velocity is given by:

The coefficient of viscosity is defined as the force of friction that is required to maintain a difference of velocity of 1cm/s between parallel layers of fluid. The unit is usually expressed in poise or centipoise. As we all know that viscosity is nothing but the measure of a substance’s resistance to the motion under an applied force The resulting unit is measured in centipoise which is the equivalent of 1 mPa (MilliPascal second)

For more information related to Viscosity, you can also check out the Dynamic Viscosity Formula, used for calculating internal resistance for fluids.

Test your Knowledge on Coefficient of viscosity!
Q5