Glycerin is a simple poly compound. This solvent has a chemical formula C3H8O3. It is also known as Glycerol or glycerine.

It is hygroscopic in nature. It is found in lipids like triglycerides and is obtained from animal and plant sources. It is water-soluble due to three three hydroxyl groups.

It is colourless and viscous. It is non-toxic, odourless and has a sweet taste. It is widely used as a sweetening agent, solvent, pharmaceutical agent or emollient. It is miscible with water. Glycerin is produced through saponification, hydrolysis, transesterification of triglycerides. Synthetic glycerol can be produced by propylene.

Under standard conditions for temperature and pressure (STP), glycerin exists as a colourless hygroscopic liquid that does not have any characteristic odour. This compound forms miscible mixtures with water.

Glycerin is a polyol compound that contains three hydroxyl groups and three carbon atoms. Each hydroxyl group is covalently bonded with a carbon atom. The structure of glycerine molecules is illustrated below.

The primary application of glycerin is in the food and beverage industry, where it is employed as a humectant, sweetener, and as a solvent. Glycerin is also used as a preservative for the storage of food items. Some important uses of glycerin have been listed below.

Glycerin can be used as a moisturiser, solvent, and as a sweetener in food and beverages. This compound can also help preserve certain foods. Glycerin is also known to be used in commercially packaged low-fat foods (such as cookies) as a filler. Furthermore, this compound is also known to be used in liqueurs as a thickening agent. In order to protect some forms of plant leaves, glycerol and water can be used. Glycerin has approximately 27 kilocalories per teaspoon as a sugar substitute (sugar is known to have 20) and is 60 per cent as sweet as sucrose. Therefore, glycerin is a great sugar substitute. Furthermore, this compound does not nourish the plaque-forming bacteria that produce dental cavities.

Glycerin is moderately antimicrobial and antiviral and can therefore be used for wound treatment. An 85 per cent glycerin solution is known to show bactericidal and antiviral effects, and glycerin-treated wounds generally display decreased inflammation after an approximate timeframe of 2 hours. Because of this, it is commonly used in wound care materials, including hydrogel sheets based on glycerin for burns and other wound care products. With the exception of third-degree burns, glycerin is licenced for all forms of wound treatment and is used to package the donor skin that is used in skin grafts. It can also be noted that there is no authorised topical therapy for third-degree burns and this restriction is also not limited to glycerin.

What are the uses of glycerin?

Applications of glycerin: This compound is used as a moisturizer to treat or avoid dry, raw, scaly, itchy skin and mild skin irritations (e.g., diaper rash, skin burns from radiation therapy). Emollients are substances that relax and humidify the skin, and reduce scratching and flaking.

What is vegetable glycerin?

Vegetable glycerine, also known as glycerol, is a transparent liquid usually made from soybean, coconut, or palm oils. It is odorless and has a moderate, sweet taste with a consistency that resembles syrup.

What glycerin does to the skin?

Applying glycerine to the skin retains moisture in the skin and gives it a safe, youthful glow. Glycerine helps to reduce the emergence of wrinkles by attracting moisture to the top layer of skin and leaves the skin looking soft and smooth. Additionally, glycerine increases skin function to delay ageing.

Is glycerin safe to eat?

Typically, glycerin is used as a sweetener and preservative in food items. This compound is quite safe for consumption. In fact, glycerol can be classified as a caloric macronutrient. However, it is important to note that some individuals may be allergic to glycerin. This compound may be toxic to such people.

How can glycerol be produced?

Generally, glycerine is obtained from animal and plant sources. It is known to naturally occur in the form of triglycerides, which are esters of glycerol featuring carboxylic acids with long chains. The preparation of glycerin can also involve the use of propylene as feedstock. One of the most important uses of glycerin is in the food and beverage industry, where it serves as a humectant. 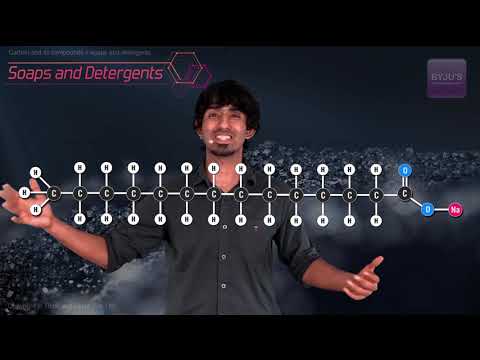 To learn more about the properties, production and the structure of C3H8O3, register with BYJU’S and download our app.

Take up a quiz on Glycerin
Q5