What is Sodium Hydroxide?

Sodium Hydroxide is a solid ionic compound. It is also known as caustic soda, Iye, sodium hydrate or soda lye.

It is a co-product of chlorine production. In its pure form, it is crystalline solid, colourless in nature. This compound is highly water-soluble and consists of sodium cations and hydroxide anions. NaOH absorbs moisture from the air. It is highly corrosive and can cause severe skin burn and irritation to eyes and other body parts.

It generates a high level of heat and so is always created by mixing the compound into the water, not the vice versa. In cosmetics, this inorganic compound is used as a buffering agent. It can also control the PH levels. The PH of sodium hydroxide is 13.

Sodium Hydroxide is a white, translucent crystalline solid. It is commonly referred to as caustic soda due to its corrosive action on many substances it decomposes proteins at room temperatures and may cause chemical burn to human bodies. Although it does not occur in nature, sodium hydroxide has been manufactured on large scale for many years from readily obtainable raw material and is used in numerous industrial processes. 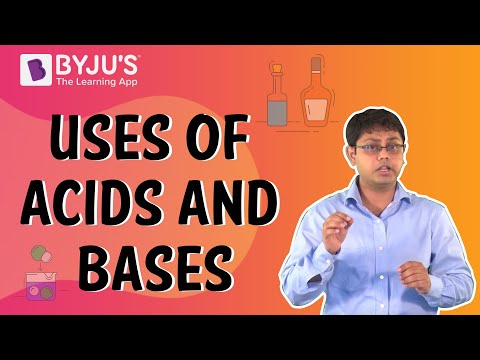 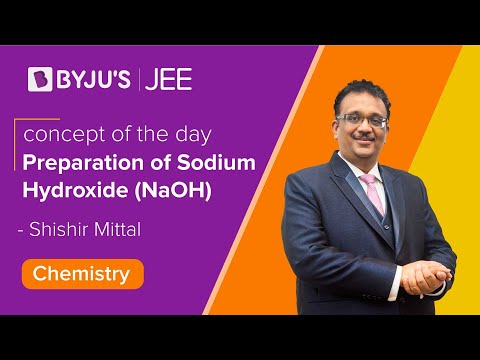 On commercial scale, Caustic soda (sodium hydroxide) can be prepared by an aqueous solution of sodium carbonate (Na2CO3) is treated with hot milk of lime i.e Ca(OH)2 in a tank made up of iron.

The precipitate of Calcium carbonate (CaCO3 ) is removed by filtration and the solution is used for paper making, soap and detergents.

What is the sodium hydroxide solution used for?

Sodium hydroxide is used in the manufacture of soaps and a range of detergents used in homes and business applications. Combining chlorine and sodium hydroxide, chlorine bleach is made.

Is sodium hydroxide good for your skin?

Concentrated sodium hydroxide, when swallowed, is a strong irritant and corrosive to the skin, hair, breathing tract and digestive system. Sodium hydroxide has been combined with other components to create an effective, safe and versatile cleaning agent known as soap.

What is the importance of sodium hydroxide?

A metallic caustic base is sodium hydroxide (Na OH), also known as lye or caustic soda. An alkali, caustic soda is commonly used in many industries, mostly in the manufacture of pulp and paper, textiles, drinking water, and detergents as a strong chemical base.

Is sodium hydroxide soluble in ethanol?

Pure sodium hydroxide is a colourless crystalline solid which melts without decomposition at 318 ° C (604 ° F) and boils at 1,388 ° C (2,530 ° F). Despite lower solubility in polar solvents such as ethanol and methanol, it is highly soluble in water.

Why sodium hydroxide is used in soap?

It is not used for shaving, it is used for soap production. Oil and fat triglycerides react with sodium hydroxide to form fatty acid glycerol and sodium salts, the latter being the soaps. The extraction of excess sodium hydroxide is done with great caution because it is very caustic.

Learn more about the Structure and properties of NaOH from the experts at BYJU’S.

Take up a quiz on Sodium hydroxide
Q5