Electron gain enthalpy (ΔegH) is defined as the enthalpy change associated with an isolated gaseous atom (X) when it gains an electron to form its corresponding anion. The reaction can be given as below:

On the basis of the nature of the element, the process of accepting electrons in an atom can either be exothermic or endothermic. In general, energy is released when an electron is added to an atom and the electron gain enthalpy for such elements is negative. The electron gain enthalpy of halogens is highly negative because it needs only one electron to achieve the nearest noble gas configuration. And for noble gases, it is highly positive because the extra electron has to be placed in the next higher principal quantum level which requires lots of energy. 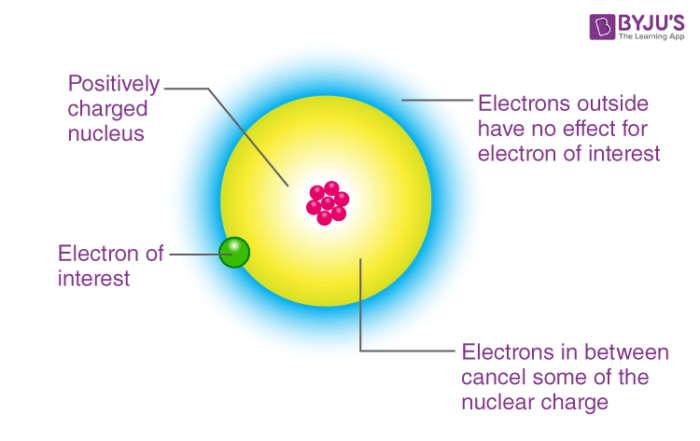 Variation in electron gain enthalpy in the period: In the modern periodic table, on moving from left to right across a period, the atomic size of elements decreases and the effective nuclear charge increases. Thus, the force of attraction between the nucleus and added electrons increases. Hence, electron gain enthalpy becomes more negative while moving right across a period.

Variation of electron gain enthalpy in a group: Generally, when we move down in a group becomes less negative. This is because, as we go down the group both the atomic size and nuclear charge increase, but the effect of atomic size is more prominent than that of nuclear charge. Hence, the force of attraction between the nucleus and the added electron decreases and thus enthalpy becomes less negative.

This was the general trend for electron gain enthalpy in a modern periodic table. To know more about exceptions in the variation and reasons behind them. Please subscribe to BYJU’S channel on YouTube.’