Introduction to What are Electron Configurations? 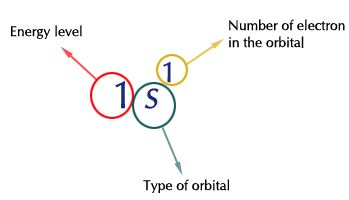 Electron Configurations Provide Insight on the Energy Level of the Orbital, the Type of Orbital, and the Total Number of Electrons in the Orbital.

Electron Configurations are useful for:

This notation for the distribution of electrons in the atomic orbitals of atoms came into practice shortly after the Bohr model of the atom was presented by Ernest Rutherford and Niels Bohr in the year 1913.

All the possible subshells for values of n up to 4 are tabulated below.

Thus, it can be understood that the 1p, 2d, and 3f orbitals do not exist because the value of the azimuthal quantum number is always less than that of the principal quantum number.

The order in which electrons are filled in atomic orbitals as per the Aufbau principle is illustrated below. 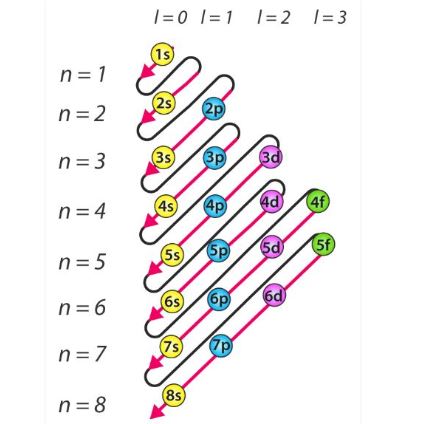 It is important to note that there exist many exceptions to the Aufbau principle such as chromium and copper. These exceptions can sometimes be explained by the stability provided by half-filled or completely filled subshells.

The electron configurations of a few elements are provided with illustrations in this subsection.

The atomic number of hydrogen is 1. Therefore, a hydrogen atom contains 1 electron, which will be placed in the s subshell of the first shell/orbit. The electron configuration of hydrogen is 1s1, as illustrated below. 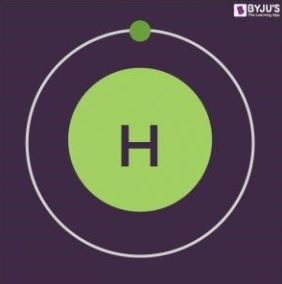 The atomic number of oxygen is 8, implying that an oxygen atom holds 8 electrons. Its electrons are filled in the following order:

Therefore, the electron configuration of oxygen is 1s2 2s2 2p4, as shown in the illustration provided below. 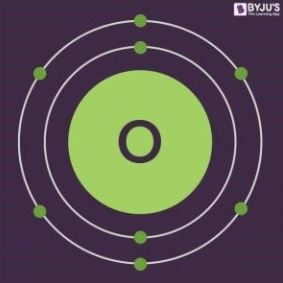 Chlorine has an atomic number of 17. Therefore, its 17 electrons are distributed in the following manner:

The electron configuration of chlorine is illustrated below. It can be written as 1s22s22p63s23p5 or as [Ne]3s23p5 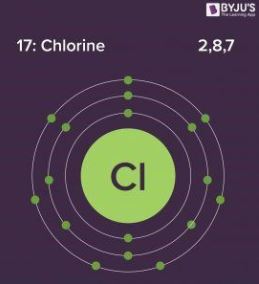 Thus, a brief introduction to electron configurations is provided in this article. To learn more about this topic and other related topics, such as Lewis dot structures, register with BYJU’S and download the mobile application on your smartphone.