Solid is a state of matter in which the constituent particles are very closely packed together. Atoms, volume, ions, and other constituent particles can be found in a solid substance. Solid objects have a specific shape, mass, and volume due to strong and short interactions between their particles. Inside solids are classified into two types based on the order in which their particles are arranged. These are crystalline solids and amorphous solids.

Q1. Schottky defect in crystals is observed when:

Correct Answer: (d) an equal number of cations and anions are missing from the lattice.

Solution: When an equal number of cations and anions are missing from the lattice, a Schottky defect is observed. As a result, the crystal remains neutral, for example, NaCl and the density of the crystal decreases.

Q2. Zn convert its melted state to its solid-state, it has hcp structure then find out a number of nearest atom:

Solution: hcp is a closely packed arrangement with hexagonal unit cells and a co-ordination number of 12.

Q3. With which one of the following elements silicon should be doped so as to give p-type of semiconductor?

(a) Why is Frenkel defect found in AgCl?

(b) What is the difference between phosphorus-doped and gallium doped silicon semiconductors?

(a) AgCl has a Frenkel defect because Ag+ is small enough to fit into interstitial vacant positions. As a result of the large size difference between the ions Ag+ and Cl–, Ag+ occupies voids.

Q6. Tungsten crystallises in the body-centred cubic unit cell. If the edge of the unit cell is 316.5 pm, what is the radius of the tungsten atom?

If a is the edge length of the bcc unit cell, then the radius of an atom,

Q7. What are diamagnetic substances?

Answer. Diamagnetic substances are those that are only weakly repelled by an external magnetic field. For example, copper, bismuth, and so on.

Since the density is same as observed, the lattice is fcc lattice.

Answer. The difference between crystalline solid and amorphous solid are as follows-

Q10. Find the number of atoms in fcc unit cell.

The volume of the unit cell is a3

Volume occupied by 1 atom is

A bcc unit cell has 2 atoms per unit cell.

Therefore, the volume occupied by 2 atoms is

Packing efficiency = Volume occupied by atoms in a unit cell

Answer. Point defects are defects in crystals that occur around an atom or particle. These flaws can only be found at or near a single lattice point. They do not extend in any dimension of space. These are the tiniest defects that can exist in any crystalline solid material. Point flaws appear when:

The two types of defects are-

Q14. Examine the given defective crystal

(i) high coordination number and

(i) Why is Frenkel defect not found in pure alkali metal halides?

(ii) Zinc oxide is white but it turns yellow on heating.

(i)The Frenkel defect does not exist in pure alkali metal halides because the ions are too large to enter the interstitial sites.

(ii) When ZnO is heated, it loses oxygen in the following ways:

(iii) When CaCl2 is added to AgCl, it introduces an impurity defect. To maintain electrical conductivity, one Ca2+ ion will replace two Ag+ ions. Ca2+ ion will occupy one of the Ag+ positions, leaving the other as a hole. As a result, a hole similar to the Schottky defect is formed.

Q1. Which of the following is an amorphous solid?

Q3. Aluminium crystallises in a fcc structure. The atomic radius of the metal is 125 pm. What is the length of the side of unit cell of the metal?

Q4. Explain with a diagram, the vacancy defect.

Q5. Calculate the packing efficiency of a metal crystal for a simple cubic lattice. 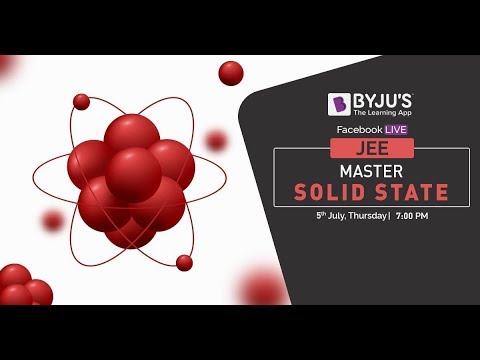 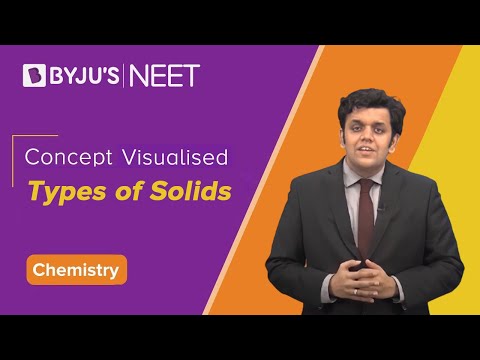