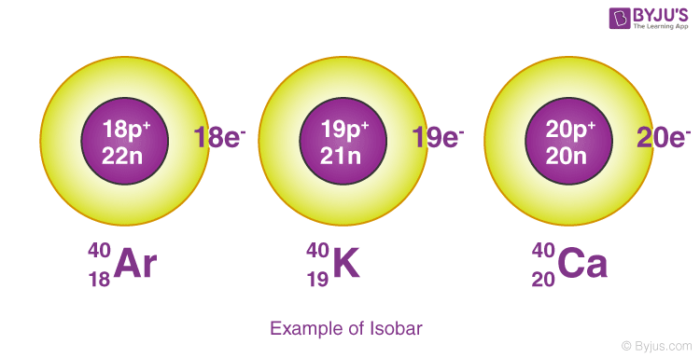 Let us take an example of two things which have the same colour, same physical appearance, such that you cannot distinguish between these two. But when you measure the weight of these two things then you find that they are different. You can relate the concepts of isotopes with this example. 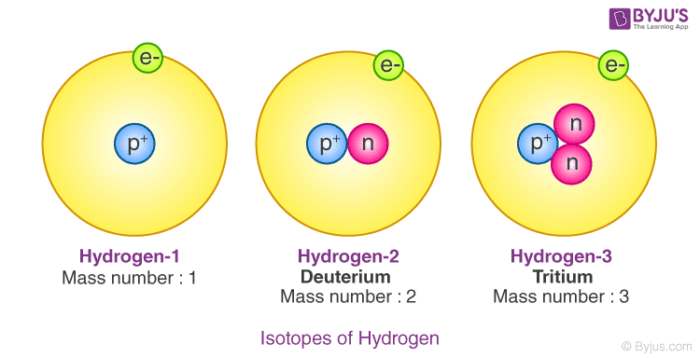 Difference between isotopes and isobars

The below table gives a few differences between isotopes and isobars.

For more content on isotopes and isobars register to BYJU’S – The Learning App.

How are isotopes formed?

Atoms that have an equal number of protons but a different number of neutrons and protons are called isotopes.

Give some examples of stable isotopes.

The unstable isotopes emit what rays?

Alpha, beta, and gamma rays are emitted by unstable isotopes.

Atoms which have the same mass number but a different number of protons are called isobars.

Give some examples of isobars.

Test your Knowledge on Isotopes and isobars!
Q5