Atoms are defined as “the basic building blocks of matter”.

It is the smallest constituent unit of matter that possess the properties of the chemical element. Atoms don’t exist independently, instead, they form ions and molecules which further combine in large numbers to form matter that we see, feel and touch.

Atoms are much too small to be seen; hence experiments to find out their structure and behavior have to be conducted with large numbers of them. From the results of these experiments we may attempt to construct a hypothetical model of an atom that behaves like the true atom.

Molecules consist of one or more atoms bound together by covalent (chemical) bonds. Atoms may be depicted by circle shapes, each of which has a nucleus at the center (containing protons and neutrons), surrounded by one or more concentric circles representing the ‘shells’ or ‘levels’ in which the electrons surrounding the nucleus of the atom are located and markings indicating the electron.at each level. A molecule is the smallest thing a substance can be divided into while remaining the same substance. It is made up of two or more atoms that are bound together by chemical bonding. 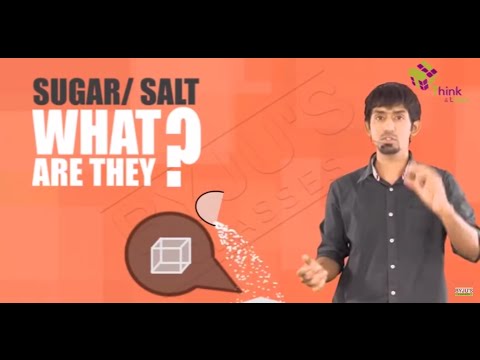 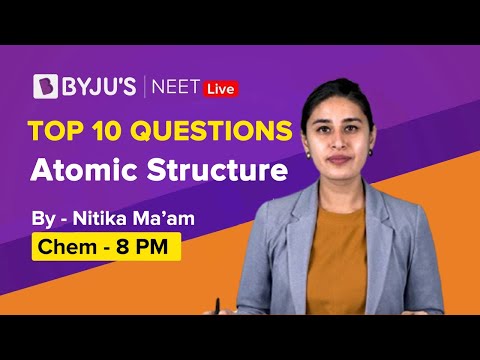 The smallest particle of an element, which may or may not have an independent existence but always takes place in a chemical reaction is called an atom. An atom is defined as the smallest unit that retains the properties of an element. An atom is composed of sub-atomic particles and these cannot be made or destroyed. All atoms of the same element are identical and different elements have different types of atoms. Chemical reactions occur when atoms are rearranged.
Atoms consist of three fundamental types of particles, protons, electrons and neutrons. Neutrons and protons have approximately the same mass and in contrast to this the mass of an electron is negligible. A proton carries a positive charge, a neutron has no charge and an electron is negatively charged. An atom contains equal numbers of protons and electrons and therefore overall an atom has no charge. The nucleus of an atom contains protons and neutrons only, and therefore is positively charged. The electrons occupy the region of space around the nucleus. Therefore, most of the mass is concentrated within the nucleus.
The center of the atom is called the nucleus. The nucleus contains neutrons and protons that give an atom its weight and positive charges. A neutron carries no charge and has a mass of one unit. A proton carries a single positive charge and also has a mass of one unit, The atomic number of an element is equal to the number of protons or positive charges in the nucleus. The atomic weight of an element is determined by combining the total number of protons and neutrons in the nucleus. An electron carries a single negative charge. If an atom of an element is to have zero charge, it must have the same number of electrons as protons. These electrons are arranged in orbits around the nucleus of the atom like the layers of an anion.

What is the Size of an Atom?

The size of an atom is extremely small, much smaller than our imagination. A layer of an atom as thick as a thin sheet of paper is formed when more than millions of atoms are stacked together. It is impossible to measure the size of an isolated atom because it’s difficult to locate the positions of electrons surrounding the nucleus.

However, the size of an atom can be estimated by assuming that the distance between adjacent atoms is equal to half the radius of an atom. Atomic radius is generally measured in nanometres.

What are Atoms made of?

An atom is composed of three particles, namely,  neutrons, protons and electrons with hydrogen as an exception without neutrons.

What is Atomic Mass?

It is the mass of an atom in a chemical element. It is roughly equivalent to the total neutrons and protons present in the atom. It is expressed in atomic mass units (denoted by u). 1amu is equal to the exactly one-twelfth of the mass of 1 atom of C-12 and the relative atomic masses of elements is determined with respect to-12 atom.

Atomic masses of Some Elements

The matter is anything and everything in our surrounding. It has basic structural and fundamental units. Let us examine the concept of matter with an example. Taking a storybook into consideration and dividing its structure. The book contains many pages, each page consists of paragraphs, and each paragraph has many sentences.

Each sentence will further have many words and each word will have characters. Therefore we have divided a storybook into characters. This is exactly the same case when we take the matter into account. The matter is made up of substances which contain molecules. The molecules, in turn, are made up of groups of atoms.

Atoms in simple terms are defined as the smallest unit of matter. In ancient times scientists wondered whether the matter could be further divided or not. Around 500 BC the idea of divisibility of matter evolved in India. A scientist named Maharishi Kanad stated that matter can be divided into smaller and smaller units. The smallest unit of matter after which further division was not possible was known as parmanu.

A molecule is defined as the smallest unit of a compound that contains the chemical properties of the compound.

Every element has a certain atomic number. The atomic number of an element is defined as the number of protons present in its nucleus. It is denoted by Z.

When we talk about the mass of atoms, the mass of their particles is taken into consideration. Electrons have negligible mass. Hence the mass of an atom is the sum of the mass of protons and neutrons. The mass number is denoted by A.

A molecule is the smallest unit (particle) of a compound having the physical and chemical properties of that compound. This does not mean that molecules can not be broken down into smaller parts, e.g. the atoms from which they are formed or the fragments of the molecule, each consisting of several atoms or parts of atoms.

A molecule is defined as the smallest unit of a compound that contains the chemical properties of the compound. Molecules are made up of groups of atoms. Describing the structure of an atom, an atom is also sub-divided into smaller units. Proton, electrons, and neutrons are sub-particles of an atom. The protons and neutrons are contained inside the nucleus of the atom and electrons revolve around the nucleus.

A molecule is a collection of two or more atoms that make up the smallest recognisable unit into which a pure material may be split while maintaining its makeup and chemical characteristics. Some examples of molecules are

Forces between Atoms and Molecules

The outermost electron in the sodium atom may transfer readily to the fluorine atom; both atoms then have a complete shell but the sodium now has a net charge of +1 and the fluorine a net charge of -1. These ions, therefore, attract one another by direct coulombic interaction. The force between them is strong it varies as x-2, where x is the distance between the ions, and it acts in the direction of the line joining the ions.

How do atoms become molecules?

As atoms come together to form molecules, chemical bonds bind them together. As a consequence of sharing or exchanging electrons between the atoms, these bonds form. It is only the electrons that are ever active in bonding in the outermost shell.

What is a simple molecule?

Water is known to be a basic molecule consisting of a few atoms. Basic molecular substances are molecules in which strong covalent bonds bind the atoms. Nevertheless, weak forces bind the molecules together so that they have high melting and boiling points.

Is ozone a molecule?

Ozone is a molecule made up of three atoms of oxygen. The chemical ozone symbol is O3 as the oxygen atom symbol is O. Most of the ozone present in our atmosphere is produced by a sun-emitted association of oxygen molecules with ultraviolet radiation.

Can a molecule have one atom?

An electrically neutral group of two or more atoms held together by chemical bonds is the most basic definition of molecule. In that sense, no, by nature, a molecule can not be formed from a single atom.

What is the structure of an atom?

Is Salt a molecule?

Molecules are subject to molecular bonds. Something like table salt ( NaCl) is a compound because it is made of more than one type of element (sodium and chlorine), but it is not a molecule because it is an ionic bond that holds NaCl together. We can say sodium chloride is an ionic compound.

What is Atom and example?

Many atoms consist of a positively charged nucleus consisting of protons and neutrons surrounded by a cloud of electrons charged negatively. An atom is any particle of matter at its most basic level which contains at least one proton. Here are some examples of the atoms: hydrogen (H) and neon (Ne).

What is the work of an atom?

The protons and neutrons are packed together into the center of the atom (which is called the nucleus) and the much smaller electrons, whizzing around the outside. When people draw images of atoms they show the electrons like satellites spinning in orbits around the Earth.

What is the difference between atoms and molecules?

A tiny particle of a chemical element is called an atom, which may or may not exist independently. Molecules refer to the group of atoms that the bond binds together, representing the smallest unit in a compound. Two or more identical or distinct atoms are chemically bonded.

Is oxygen a molecule?

We have briefly seen the properties of atoms and molecules. Stay tuned with BYJU’S for more information on Atoms and Molecules.

Test your knowledge on atoms and molecules!
Q5