Condensation is the process by which water vapour in the air is changed into liquid water. In other words, the water in the air, a gas known as water vapour.

Condensation is the transformation of water vapour into liquid water, and the finest illustration is those enormous, fluffy clouds floating over your head. When the water droplets in clouds mix, they become heavy enough to pour down.

What is Condensation Reaction?

A condensation reaction is the combination of two molecules to form a single molecule, usually with the loss of a small molecule such as water.

Condensation is the process through which the physical state of matter changes from the gaseous phase into the liquid phase. For example, condensation occurs when water vapour (gaseous form) in the air changes into liquid water when it comes in contact with a cooler surface. When the water in the air comes in contact with a cold surface, it condenses to form water droplets. The opposite of condensation is evaporation reaction.

Condensation can be alternately defined as follows:

In the summer, after working under the sun when we feel very thirsty. After reaching home, when we take a cold water bottle from the refrigerator, we can notice small droplets of water outside the bottle. Where did these water droplets come in the bottle? This happens due to a phenomenon called condensation. 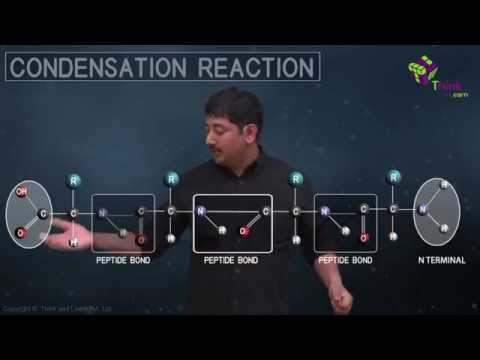 Condensation of water happens when water changes its phase from gaseous state to liquid or crystal shape. At high pressure and low temperature, any gas can condense. Technically, the process of condensation can happen at any temperature as long as the pressure of the liquid state of the gas is less than the pressure of the condensing gas. The molecules in the matter slow down during the process of condensation because the heat energy is taken away, which causes a change within the three states of matter, that is it changes the matter into the solid-state. 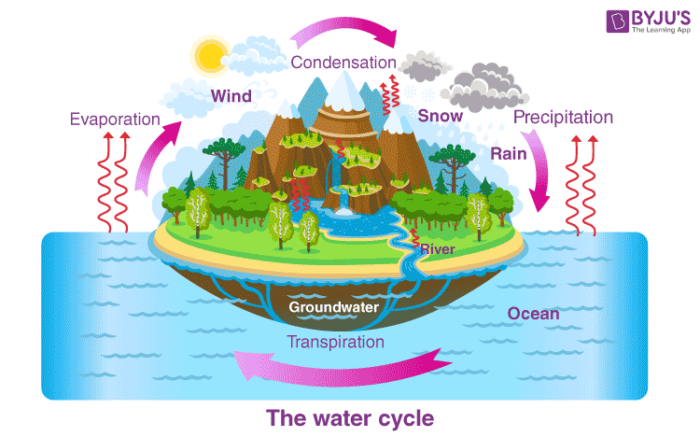 For condensation to take place, it is very important that the atmosphere is fully saturated (to reach maximum vapour pressure). Usually, condensation takes place around dust particles or smoke or microscopic bacteria. It plays a very significant role in the water cycle and thus helps in maintaining the water balance in the environment. It is also used in various industrial processes by the scientists and engineers for separating mixtures and manufacturing pure substances.

The term condensation is used to describe a wide variety of organic reactions resulting in the lengthening of the carbon skeleton of the molecule. However, it may be defined as a reaction between two or more molecules of the same or different compounds resulting in the formation of new carbon to carbon bonds with or without the elimination of simple molecules like water, alcohol, metallic halides, etc. However, the term condensation reaction has been used in organic chemistry and often includes the formation of other bonds besides carbon to carbon.

The two types of condensation reactions are

What does the condensation reaction explain?

Any of a group of reactions in which two molecules unite with the elimination of water or another simple molecule, generally in the presence of a catalyst. Self-condensation is defined as the joining of two identical molecules.

What happens during condensation chemistry?

Condensation is the slowing down of a gas’s molecules as they join together to create a liquid. When gas molecules transfer their energy to something colder, they slow down and become attracted to one another, forming a liquid. The rate of condensation is increased when water vapour is made colder.

What is the difference between hydrolysis and condensation reactions?

What bond is formed in a condensation reaction?

A peptide bond is produced when the carboxyl group of one molecule combines with the amino group of the other molecule, releasing a molecule of water in the process (H2O). This is a condensation process (also known as a dehydration synthesis process) that happens between amino acids.

What is the difference between condensation reaction and dehydration synthesis?

Test your knowledge on Condensation
Q5