What is Heavy Water?

It has a greater molar mass than regular water since the atomic mass of deuterium is greater than that of protium. This causes heavy water (D2O) to have slightly different chemical and physical properties when compared to H2O.

Heavy water is prepared by the prolonged electrolysis of water containing alkali.

Electrolysis is continued for seven alkalies are neutralized by the passage of CO2 gas. The leftover product is heavy water. Some important features of heavy water are listed below.

The first production of deuterium oxide was in the year 1932. It is used as a neutron moderator and coolant in pressurized heavy water reactors (PHWR). The term ‘heavy water’ typically refers to D2O. However, other “heavy” forms of water exist as well.

Some Important Reactions of Heavy Water

Some other uses include;

As mentioned earlier, deuterium oxide is an integral part of heavy water nuclear reactors, where it is used as a coolant and as a neutron moderator. Some other important applications of heavy water are listed below.

Can You Drink Heavy Water? Is it dangerous?

Most of the time when we talk about heavy water we tend to relate it to nuclear reactors and radioactive materials. However, pure heavy water is not radioactive and not so harmful if ingested by human beings in small quantity. It is only harmful or dangerous if the water is consumed in large quantities or if heavy water is taken for a long duration of time. Poisoning may occur and lead to symptoms like dizziness and loss of blood pressure.

Here we have learned about the physical and chemical properties of heavy water along with its uses. To learn more about deuterium oxide and other important compounds used in nuclear reactors, register with BYJU’S and download the mobile application on your smartphone. 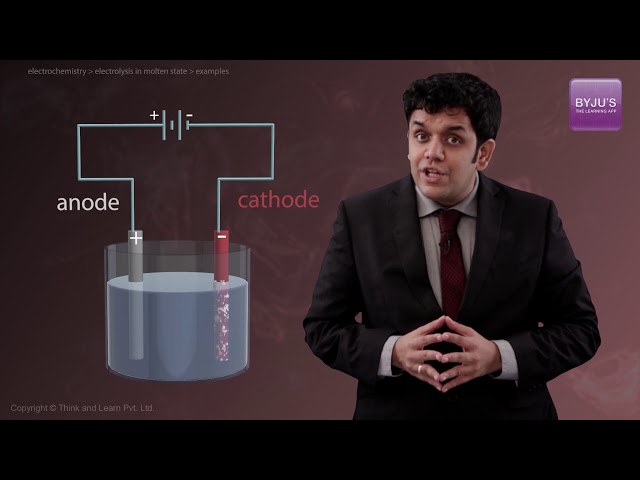 What is the chemical formula of heavy water?

D2O is the formula of heavy water.

What is the boiling point of heavy water?

101.4° is the boiling point of heavy water. It is slightly higher than water.

How is heavy water prepared?

Heavy water is prepared by electrolysis of alkali water.

What is the electrolyte, anode and cathode used in heavy water preparation?

Which is the radioactive form of water?

T2O is the radioactive form of water.
Test Your Knowledge On Heavy Water Preparation Properties!
Q5