What is Hydrogen Bonding?

Here, the location of the bond pair of electrons in the O-H bond is very close to the oxygen nucleus (due to the large difference in the electronegativities of oxygen and hydrogen). Therefore, the oxygen atom develops a partial negative charge (-δ) and the hydrogen atom develops a partial positive charge (+δ). Now, hydrogen bonding can occur due to the electrostatic attraction between the hydrogen atom of one water molecule (with +δ charge) and the oxygen atom of another water molecule (with -δ charge). Thus, hydrogen bonds are a very special class of intermolecular attractive forces that arise only in compounds featuring hydrogen atoms bonded to a highly electronegative atom. Hydrogen bonds are mostly strong in comparison to normal dipole-dipole and dispersion forces. However, they are weak compared to true covalent or ionic bonds.

What are the Conditions for Hydrogen Bonding?

In a molecule, when a hydrogen atom is linked to a highly electronegative atom, it attracts the shared pair of electrons more and so this end of the molecules becomes slightly negative while the other end becomes slightly positive.  The negative end of one molecule attracts the positive end of the other and as a result, a weak bond is formed between them. This bond is called the hydrogen bond.

Effects of Hydrogen Bonding on Elements

The molecules of carboxylic acids exist as dimer because of the hydrogen bonding. The molecular masses of such compounds are found to be double than those calculated from their simple formula.

In aqueous solution, HF dissociates and gives the difluoride ion instead of fluoride ion. This is due to hydrogen bonding in HF. The molecules of HCl, HBr, HI do not form a hydrogen bond. This explains the non-existence of compounds like KHCl2, KHBr2, KHI2.

Why do compounds having hydrogen bonding have high melting and boiling points?

Fluorine having the highest value of electronegativity forms the strongest hydrogen bond.

Hydrogen bonding is an important factor in determining the 3D structures and properties that are acquired by synthetic and natural proteins.  Hydrogen bonds also play an important role in defining the structure of cellulose as well as derived polymers such as cotton or flax.

Strength of the Hydrogen bond

The dissociation energy of the hydrogen bond depends upon the attraction of the shared pair of electrons and hence on the electronegativity of the atom.

There are two types of H bonds, and it is classified as the following:

Problem: Indicate which of the following molecules could form Hydrogen Bonds with other like molecules.

This is a special type of hydrogen bond where the proton is usually placed in the middle between two identical atoms. The strength of the bond between each atom is equal. The symmetric hydrogen bond is a type of a three-centre four-electron bond. This bond is also much stronger compared to the “normal” hydrogen bond and its strength is almost similar to a covalent bond.

What is Metallic Bonding?

Metals are characterised by bright, lustre, high electrical and thermal conductivity, malleability, ductility and high tensile strength. A metallic crystal consists of a very large number of atoms arranged in a regular pattern.

Different models have been proposed to explain the nature of metallic bonding. Two most important modules are as follows

In this model, a metal is assumed to consist of a lattice of positive ion (or kernels) immersed in a sea of mobile valence electrons, which move freely within the boundaries of a crystal. A positive kernel consists of the nucleus of the atom together with its core on a kernel is, therefore, equal in magnitude to the total valence electronic charge per atom.

The free electrons shield the positively charged ion cores from mutual electrostatic repulsive forces which they would otherwise exert upon one another. In a way, these free electrons act as ‘glue’ to hold the ion cores together.

The forces that hold the atoms together in a metal as a result of the attraction between positive ions and surrounding freely mobile electrons are known as metallic bonds.

Through the electron, sea predated quantum mechanics it still satisfactorily explains certain properties of the metals. The electrical and thermal conductivity of metals, for example, can be explained by the presence of mobile electrons in metals. 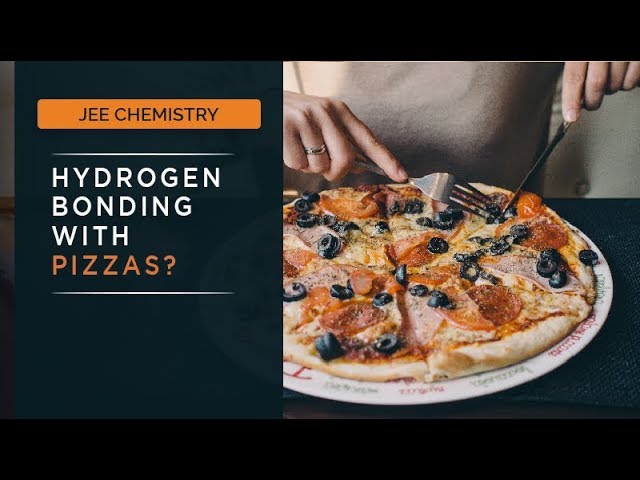 How many hydrogen bonds can be formed by water?

How does hydrogen bonding affect acidity?

Hydrogen bonding decreases the acidity of the molecule. This is because the hydrogen atom is involved in bonding and cannot be deprotonated. It is a strong stabilizing bond.

Why do polar compounds dissolve in hydrogen bonding?

What are the consequences of hydrogen bonding?

The density of ice is less in water due to stronger hydrogen bonds in solid ice than in liquid water. This is an important consequence of hydrogen bonding.

How many hydrogen bonds are present between the base pairs Adenine(A) – Thymine (T) and Guanine (G) – Cytosine (C)?