What are S-Block Elements?

The electrons present in an atom occupy various sub-orbitals of available energy levels in the order of increasing energy. The last electron of an atom may find itself in either of the s, p, d and f subshells. Accordingly, the elements of the atom having their last valence electron present in the s-suborbital are called the s block elements. 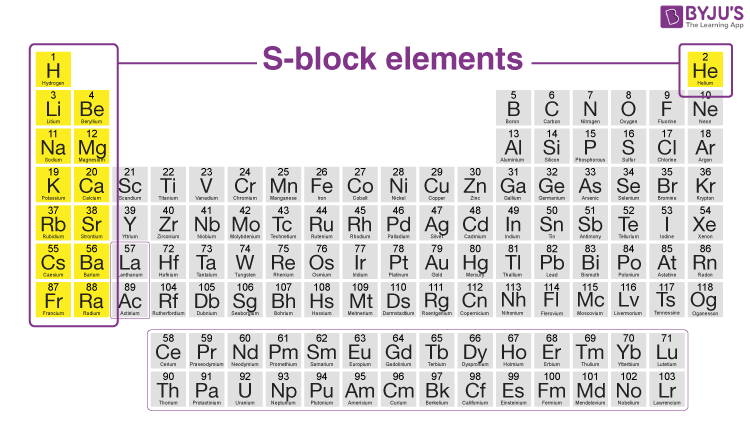 The electronic configuration of S-block elements is explained below,

The alkali elements in the s-block consist of a single valence electron in their outermost shell. This outermost electron is loosely held which makes these metals highly electropositive. Due to which they are not available in the free state in nature. The general electronic configurations of s block elements – group 1 are as shown in the table below:

The electronic configurations of elements included in group 2 of S block elements are shown below:

Both alkali and alkaline earth elements show a regular gradation in their properties among their respective group elements. But the first member of both S block elements, namely, Lithium and Beryllium differ much from the rest of their members but at the same time, they resemble more with the diagonal element present in the next column.

The anomaly of these S-block elements is due to;

Greater polarization of s block elements makes the first element more covalent and differentiates them from the rest which are ionic.

The similarity in size and charge density makes them resemble the element diagonally placed in the next group (diagonal relationship).

It is observed that the physical and chemical properties of these s block elements change in a particular trend as the atomic number of the elements increases. Changes in the various properties of the group are as mentioned below:

When the s block elements of the modern periodic table are observed it is seen that the size of the alkali metals is larger compared to other elements in a particular period. As the atomic number increases the total number of electrons increases along with the addition of shells.

On moving down the group the atomic number increases. As a result, the atomic and ionic radius of the alkali metals increases. 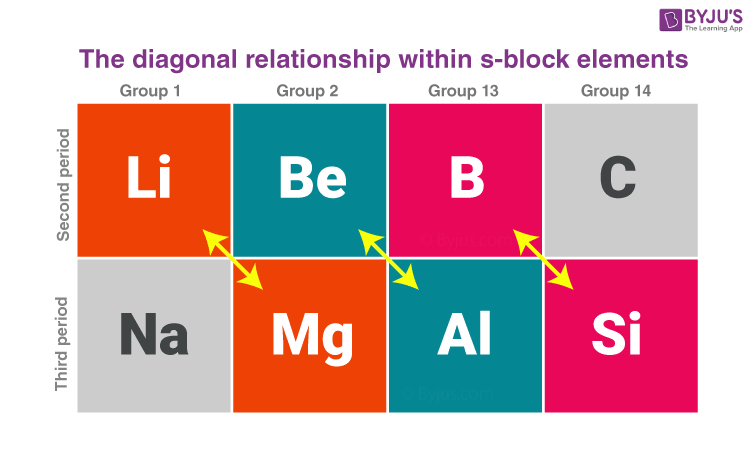 The properties of S block elements vary significantly when compared to the other elements of the sub-group they belong to. The diagonal neighbours show a lot of similarities. Such a relationship is exhibited as you move left to right and down the group; the periodic table has opposing factors.

Similarities between Lithium and Magnesium

Similarities between Beryllium and Aluminum

The first member of the s-block elements differs from the rest of their members considerably. Why?

Lithium and Beryllium, the first members of the s-block family differ much from the rest of their members. The anomaly of these elements is due to their,

Greater polarization makes the first element to form covalent compounds compared to the rest, which are ionic.

Will there be any difference in properties between oxides of 1st group sodium and caesium and 2nd group magnesium and barium compounds? Give an example.

Covalent compounds like beryllium sulphate have a higher enthalpy of dissociation than ionic barium sulphate. But the smaller entities like beryllium have higher charge density, resulting in higher solvation and hence, release of hydration enthalpy, larger than the dissociating energy.

So, BeSO4 is more soluble than ionic BaSO4.

S-block elements are prepared by the electrolysis and not by the reduction of their compounds by other group elements or their compounds. Which is the strongest reducing agent?

S-block elements are strong electropositive elements with low reduction potential indicating their strong reducing ability compared to others. So substances having lower reducing ability than them will not be able to reduce them. Reducing the ability of an atom is related to the ease of releasing electrons for reduction. Decreasing ionization energy down the column, suggest caesium to be a stronger reducing agent than Lithium.

Lithium, being the smallest ion, its hydration enthalpy is very high than caesium and compensates more than its higher ionization enthalpy. Thus, lithium has the highest reducing ability (highest oxidation potential or lowest reduction potential = -3.04V) compared to caesium.

Is there an easy way to identify the presence of the S block element?

S block elements or their halides on exposure to flame, undergo electronic transitions in the visible region of the light spectrum. Hence, they induce characteristic colour into the flame. The colours are: 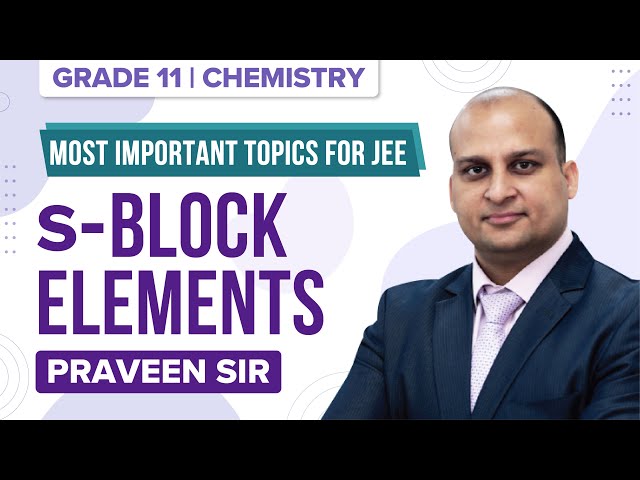 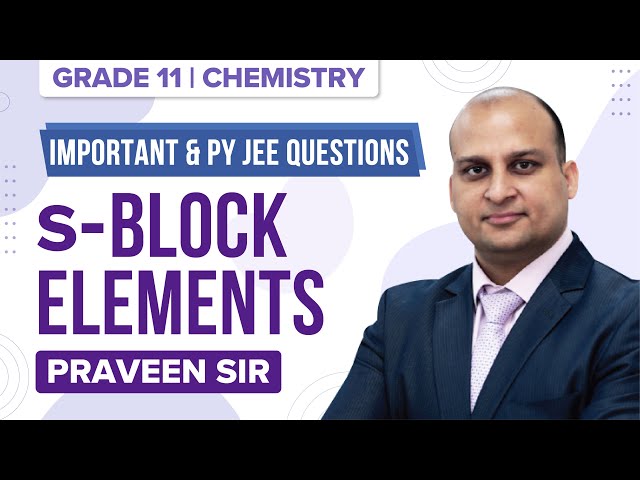 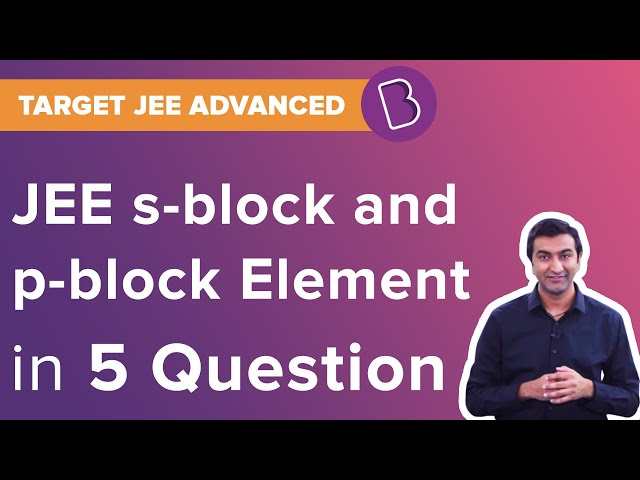 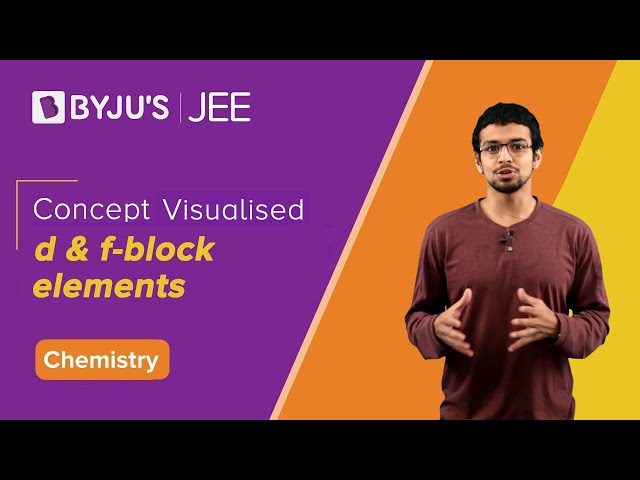