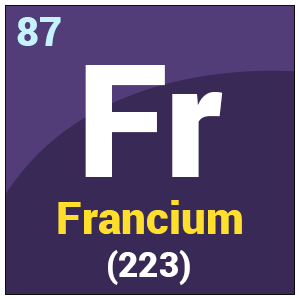 Since francium is produced in tiny quantities in nature, it does show any much commercial applications.