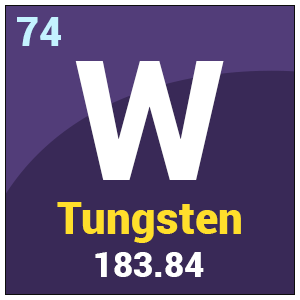 Tungsten, also known as wolfram, along with Cr and Mo, belongs to group 6 of the periodic table.