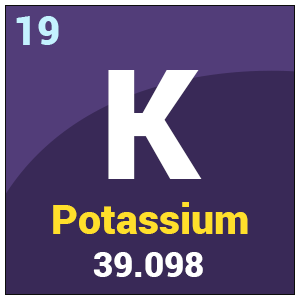 Potassium usually has three isotopes, it goes by the name of potassium-39, 40 and 41. The potassium-40 is highly radioactive and can be found in rocks, plants, and animals. It is used to measure the age of objects. This isotope breaks down into an isotope of argon.

Physical and Chemical Properties Of Potassium