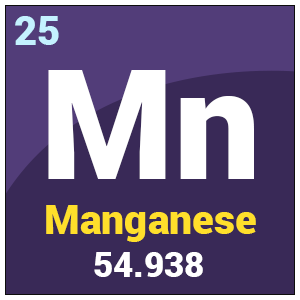 What is the charge on manganese ion?

What is the colour of manganese?

Manganese is Pale pink in colour.

How manganese is removed from water?

Water softeners are used to remove magnesium and calcium hardness from water by an exchange process.

Test your Knowledge on Manganese!
Q5