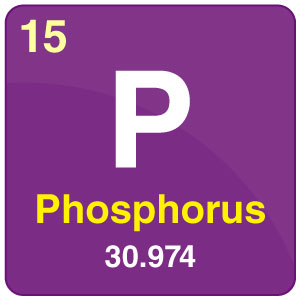 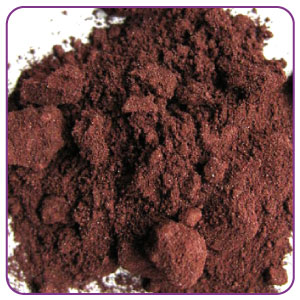 Atomic mass is defined as the number of protons and neutrons in an atom where the mass of each proton and neutron is approximately 1 amu (1.0073 and 1.0087, respectively). The electrons within the atom are so tiny compared to the protons and neutrons that their mass is negligible. The carbon-12 molecule, which is still used as a standard today, comprises six protons and six neutrons for the atomic mass of twelve amu.

The relative atomic mass of the element is the weighted average of the mass of the isotopes on a scale where the carbon-12 atom has a mass of exactly 12 units.

Phosphorus can most commonly be found in the environment as phosphates. Phosphates are essential substances in the human body because they are part of DNA materials and contribute to the delivery of energy. Phosphates can also be commonly found in plants.

What is the phosphorus element used for?

What is unique about phosphorus?

Phosphorus is a poor conductor of heat and electricity, except for black phosphorus. All types of phosphorus are stable at room temperature. The white form (sometimes called yellow phosphorus) is similar to wax, the red and purple forms are non-crystalline solids, while the black allotrope is equivalent to graphite in pencil lead.

What are the main sources of phosphorus?

Phosphorus is found to be high in protein foods such as milk and milk products, meat and alternatives such as beans, lentils and nuts. Grains, in particular whole grains, provide phosphorus. Phosphorus is found in smaller quantities in vegetables and fruit.

What is phosphorus and why is it important?

Phosphorus is an element having atomic number 15. It is represented by the atomic symbol P. It plays an important role in how the body uses carbohydrates and fats. It is also necessary for the body to make protein for the growth, maintenance and repairing of cells and tissues.

Test your knowledge on phosphorus
Q5