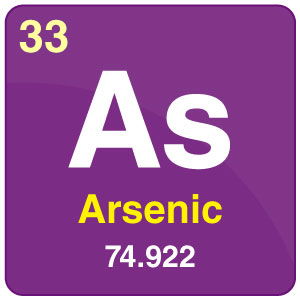 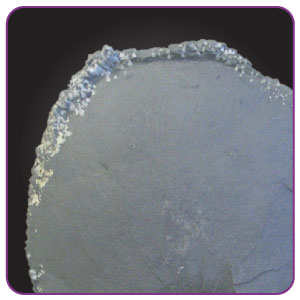 Arsenic, a chemical element placed in the nitrogen group of the periodic table that exists in both the gray and yellow crystalline forms.

Arsenic is present in three allotropic forms- black, yellow and gray. A silver-gray and brittle crystalline solid are the stable forms. It gets tarnished rapidly when comes in contact with air and at high temperatures by preparing a white cloud of arsenic trioxide. The metallic form of the element is brittle and it gets tarnished when oxidized to arsenic trioxide. Its non-metallic form is less reactive but easily dissolves when heated with strong oxidizing acids and alkalis.

Arsenic is a steel-gray, brittle solid with low thermal and electrical conductivity. There are some forms of elemental arsenic are metal-like and is best classified as a non-metal. Some other forms are also there but are not properly characterized. This element sublimes at 613 °C and it exists as As4 molecules. It is stable in dry air and in moist air it tends to become coated with a black oxide. The sublimed arsenic vapor heated in air to form an arsenic oxide. 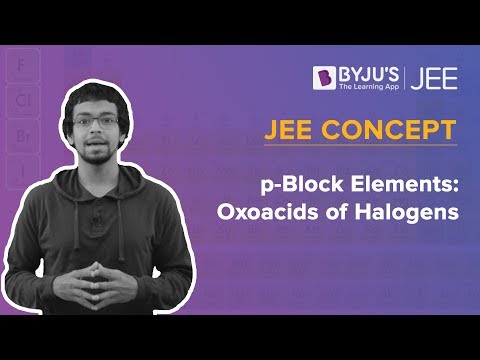 What is arsenic used for?

Arsenic is employed as a doping agent in semiconductors for solid-state devices (gallium arsenide). Bronzing, pyrotechnics, and hardening shot are among uses for it. Arsenic compounds can be used to manufacture specialty glass and keep wood in good condition.

Is arsenic a poison?

In its inorganic form, arsenic is extremely hazardous. The greatest concern to human health from arsenic is contaminated water used for drinking, food preparation, and irrigation of food crops. Arsenic poisoning from drinking water and eating can lead to cancer and skin sores over time.

Arsenic cannot be removed from water by heating or boiling it. Because some water evaporates during the boiling process, the arsenic concentrations in the water can actually rise significantly. Furthermore, treatment with chlorine (bleach) will not remove arsenic.

Is arsenic used in medicine?

Arsenic (As) is a poison that is often used. Only a few people are aware that As is commonly used in medicine. As and its compounds have been utilised in the treatment of ailments such as diabetes, psoriasis, syphilis, skin ulcers, and joint problems in the past.

Because arsenic is contained in the fruit, apple, pear, and grape juice may contain trace levels. If you blend juice from concentrate with arsenic-containing water, the arsenic content may be increased.

Test your knowledge on arsenic!
Q5