What are Ores and Minerals?

Most metals are too reactive to exist on their own in the ground. Instead, they exist combined with other elements as compounds called ores. Ores are raw materials for making metals.

Minerals are those in which individual crystals are composed of unit cells or basic unit layers of two or more types. Minerals are inorganic catalysts that function as regulators of metabolic activities in the body.

Isolation of elements in Chemistry class 12th aims to teach the students about the various processes of extraction of metals from ores. Very few metals such as the noble metals, i.e., Gold, Silver, Platinum, etc are present in their original metallic forms in nature.

Metallurgy is the field of science which deals with the extraction of metals from ores which are naturally found in the environment. Most of the elements, especially metals are presently combined with other elements and these are called minerals.

An element may combine with a variety of other elements to make myriad minerals but out of them, only a few are viable sources of that metal. Such sources are called ores.

Some ores and minerals 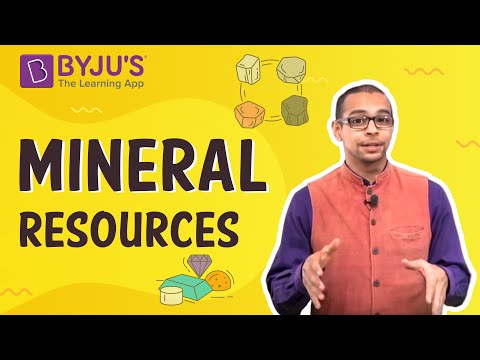 Extraction of Ores And Minerals

The process of extracting metal ores buried deep underground is called mining. The metal ores are found in the earth’s crust in varying abundance. The extraction of metals from ores is what allows us to use the minerals in the ground! Ores are very different from the finished metals that we see in buildings and bridges. They consist of the desired metal compound and the impurities and earthly substances called gangue.

The extraction of metals and their isolation occurs over a few major steps.

Difference between Ores and Minerals

Here we have provided the major differences between Minerals and Ores.

What is the difference between minerals and ores?

Ore is the rock from which the metal is extracted in a convenient and economical way. Ore has a composition that is definite. Metals that occur naturally in the earth’s crust are called minerals. Minerals that can profitably be used to get the metal are called ores.

What are the different types of ores?

Ores are the minerals from which metal is conveniently and profitably extracted. There are mainly four kinds of ores like Ores Oxides; Ores Carbonate; Sulphide Ores; Ores Halides.

What is mineral ore used for?

Ore is a deposit of one or more precious minerals in the Earth’s crust. The most important ore deposits, such as copper, silver, and iron, contain metals that are essential to industry and trade. Copper ore is mined for a wide range of industrial applications. Copper, an exceptional electricity conductor, is used as an electrical wire.

What type of mineral is gold?

Gold has almost always traced of silver in its natural mineral form, and it can also contain traces of copper and iron.

What are the main ores of zinc?

Sphalerite (zinc blende), a mineral of zinc sulphide, is the most common zinc ore.

You now know about ores and minerals. Learn more about the extracting metals only on BYJU’s app.

Take up a quiz on Ores And Minerals
Q5