In sulphuric acid, there are 4 oxygen atoms, 2 hydrogen atoms, and a sulfur atom. It has a molecular weight of 98.079 g/mol and its chemical formula is given as- 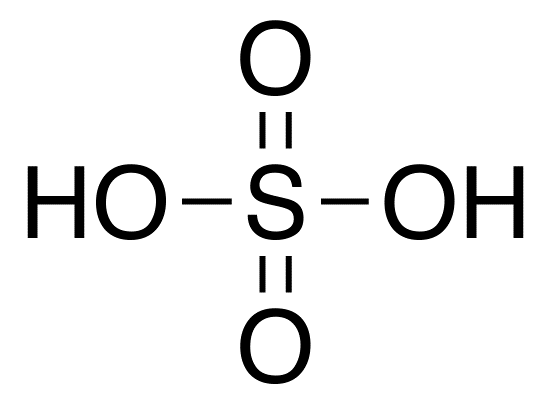 Sulphuric acid is a strong and diprotic acid which is also a strong oxidizing agent. It is naturally formed by oxidation of sulfide minerals in rocks. It can be mass synthesized using the contact process and can be prepared at a small scale by reacting sulfur trioxide with water.

Keep visiting BYJU’S to get more such formulas of various chemical compounds along with other chemistry study materials.