Liquefaction Of Gases has a wide importance. Thomas Andrews investigated the complete relationship between volume- temperature and pressure of a substance in gaseous as well as liquid state by studying the behaviour of carbon dioxide. After more research on this relationship  it was found that the high temperature isotherms is similar to that of ideal gas but still under  high pressure the gas cannot be liquefied. When the temperature of the gas is decreased then the curve shows deviation from the ideal one. 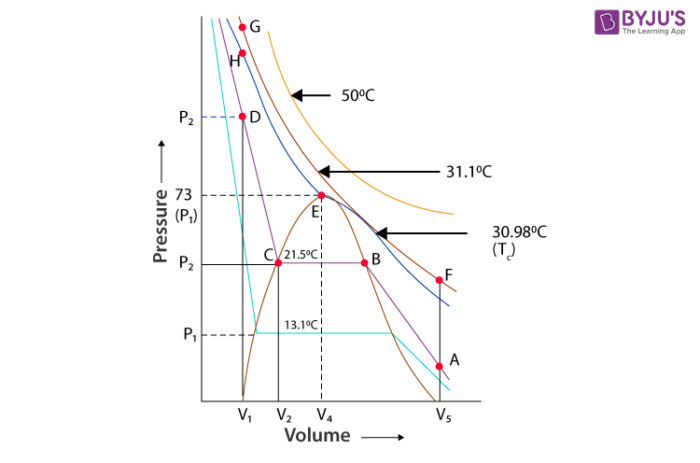 Carbon dioxide is in gaseous state up to pressure of 73 atm and temperature of 30.98C. It converts to the liquid state at pressure of 73 atm and 30.98. The pressure 73 atm is called the critical pressure. The temperature 30.98 is known as the critical temperature. At this critical temperature and pressure the volume of 1 mole of the gas is known as critical volume. Further, rise in the pressure compacts the liquid. Carbon dioxide and the curve depict the compressibility of liquid. The erect line in the graph shows the isotherm of liquid. At temperature below 30.98 behaviour of the gas on further compression varies in a different pattern. At 21.5, only up to point B in the form of gaseous state. At point B some part of CO2 becomes liquid and some part becomes gas. With more compression of liquid the pressure do not change. Both liquid and gaseous form of carbon dioxide exists at point B. All the gas is condensed at point C. Compression of gas changes volume from V2 to V3 which give rise in pressure from P2 to P3. Horizontal portion of the isotherm shown in the graphs meets at the critical point. Point A and D represent the gaseous state and liquid state and a point under the dome shape represents the liquid and solid shape in equilibrium. All the behaviour shown by CO2 is true for all gas.

Change of State of Matter 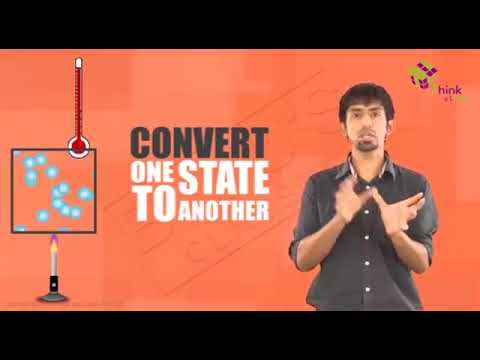 This was just the brief description about the Liquefaction Of Gases. For further information please download BYJU’S the learning app.

Test your Knowledge on Liquefaction of gases!
Q5