A Pseudo first-order reaction can be defined as a second-order or bimolecular reaction that is made to behave like a first-order reaction. This reaction occurs when one reacting material is present in great excess or is maintained at a constant concentration compared with the other substance.

In this section, we will learn about the pseudo-first-order reaction and their rate equations. To begin with, reactions that appear to be second order in nature but are approximated as a first-order of reaction on close analysis. For example, a second-order of the reaction is given by the equation,

This reaction is dependent upon the concentrations of both A and B but one of the components is present in large excess and thus its concentration hardly changes as the reaction proceeds. 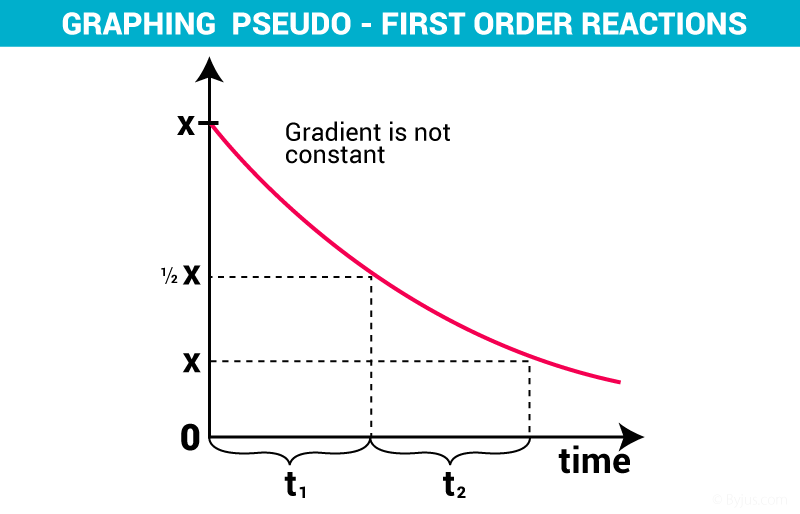 Here is an example to help you understand the concept more clearly.

The reaction can be represented as

For the above-mentioned reaction, the rate equation can be given as,

Here, the term kt takes into account the value of the constant concentration of water.

Another example of pseudo-first-order reaction is the inversion of cane sugar, given by the following reaction,

The rate equation can be given as,

To learn more about the pseudo-first-order reactions and other related topics, you can download BYJU’S – The Learning App.