What are Coordination Compounds?

The definitions of some important terms in the chemistry of coordination compounds can be found below.

A chemical compound in which the central ion or atom (or the coordination centre) is bound to a set number of atoms, molecules, or ions is called a coordination entity.

As discussed earlier, the atoms and ions to which a set number of atoms, molecules, or ions are bound are referred to as the central atoms and the central ions.

In coordination compounds, the central atoms or ions are typically Lewis Acids and can, therefore, act as electron-pair acceptors.

The atoms, molecules, or ions that are bound to the coordination centre or the central atom/ion are referred to as ligands.

These ligands can either be a simple ion or molecule (such as Cl– or NH3) or in the form of relatively large molecules, such as ethane-1,2-diamine (NH2-CH2-CH2-NH2).

The non-ionizable part of a complex compound which consists of central transition metal ion surrounded by neighbouring atoms or groups enclosed in square bracket.

This coordination sphere is usually accompanied by a counter ion (the ionizable groups that attach to charged coordination complexes).

Examples of such spatial arrangements in coordination compounds include tetrahedral and square planar.

The oxidation number of the central atom can be calculated by finding the charge associated with it when all the electron pairs that are donated by the ligands are removed from it.

For example, the oxidation number of the platinum atom in the complex [PtCl6]2- is +4.

The general properties of coordination compounds are discussed in this subsection.

Double salts are completely ionizable in aqueous solutions and each ion in the solution gives the corresponding confirmatory test.

Example: Potash Alum is double sulphate. It is K2SO4.Al2(SO4)3.24H2O on Ionization it gives:

K+, SO2−4 and Al+3 ions which response to the corresponding tests.

Co-ordinate complex are incompletely ionizable in the aqueous solutions. These give a complexion which does not show complete ionization.

The standard rules that must be followed in the nomenclature of coordination compounds are described below.

Some examples of the nomenclature of coordination compounds can be found below.

What are Ligands in Coordination Compounds?

Based on the nature of the bond between the ligand and the central atom, ligands are classified as follows:

Ligands can be further classified as:

Ligands which have the ability to bind to the central atom via two separate donor atoms, such as ethane-1,2-diamine, are referred to as bidentate ligands.

Oxalate ion is a bidentate as it can bond through two atoms to the central atom in a coordination compound and Ethane-1, 2-diamine:

Some ligands have many donor atoms that can bind to the coordination centre. These ligands are often referred to as polydentate ligands.

A great example of a polydentate ligand is the EDTA4- ion (ethylene diamine tetraacetate ion), which can bind to the coordination centre via its four oxygen atoms and two nitrogen atoms.

When a polydentate ligand attaches itself to the same central metal atom through two or more donor atoms, it is known as a chelate ligand. The atoms that ligate to the metal ion are termed as the denticity of such ligands.

Some ligands have the ability to bind to the central atom via the atoms of two different elements.

For example, the SCN– ion can bind to a ligand via the nitrogen atom or via the sulfur atom. Such ligands are known as ambidentate ligands.

Coordination compounds which have the same chemical and chemical bonds but have different spatial arrangement are known as stereoisomers. These are further divided into optical isomerism and geometrical isomerism.

The isomer which forms non-super imposable mirror image is known as optical isomers or enantiomers. These are of two types

The equimolar mixture of ‘d’ and ‘l’ isomer is known as the racemic mixture.

Geometrical isomerism is observed in heteroleptic complexes (complexes with more than one type of ligands) due to different possible geometric arrangements of the ligands. 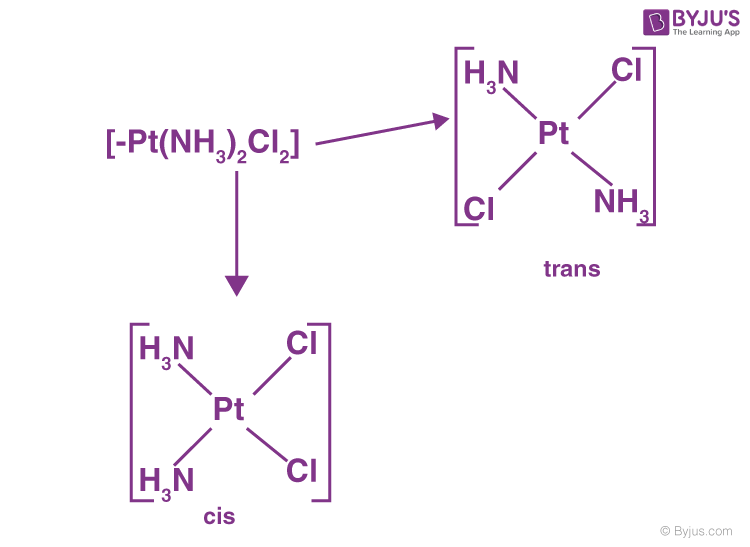 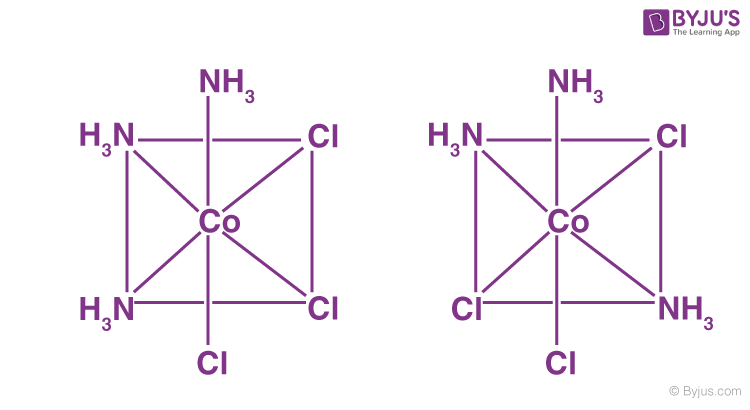 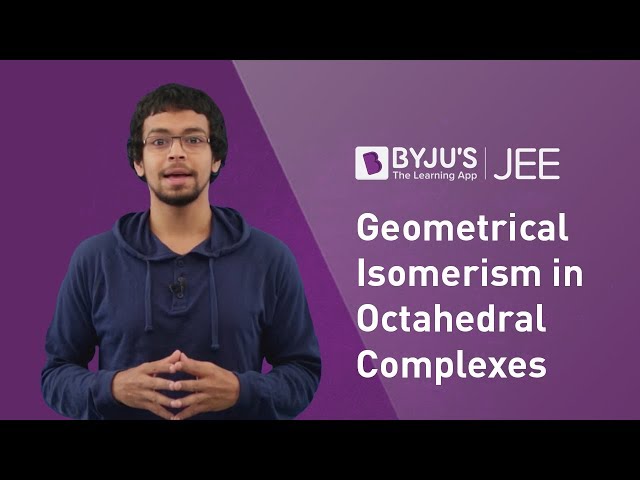 Structural isomerism is exhibited by the coordination compounds having the same chemical formula but a different arrangement of atoms. These are further divided into four types:

Linkage isomerism is exhibited by coordination compounds having Ambidentate ligands.

Ionisation isomerism arises when the counter ion in a complex salt which is a potential ligand replaces the ligand.

Solvate isomers are a special case of ionisation isomerism in which compounds differ depending on the number of the solvent molecule directly bonded to the metal ion.

In this type, ligands show isomerism.

Werner’s Experiment: By mixing AgNO3 (silver nitrate) with CoCl3·6NH3, all three chloride ions got converted to AgCl (silver chloride). However, when AgNO3 was mixed with CoCl3·5NH3, two moles of AgCl were formed.

Further, on mixing CoCl3·4NH3 with AgNO3, one mole of AgCL was formed. Based on this observation, the following Werner’s theory was postulated:

Difference between Primary and Secondary Valency in Coordination Compounds

Effective Atomic Number Rule is proposed by Sidgwick. The total number of electrons passed by central transition metal ion after the donation of electrons by the ligand an effective atomic number.

Example: Calculate the effective atomic number of the following complexes:

The magnetic moment of complex compounds depends upon:

A complex is formed in several steps. Each process step is reversible and the equilibrium constant is known as stepwise formation constant. Let us consider the formation of complex ML4

Complexes in which central transition metal ion contains unpaired electrons shows colour. It is ‘d – d’ transition. The colour of complexes depends upon:

Complexes in which carbon monoxide acts as ligands are metal carbonyls

Example:  [Ni(CO)4] Tetracarbonyl Nickel (0) and [Fe(CO)5] Penta Carbonyl Iron (0) In these complexes, complexes, a′σ‘ bond is formed by the overlapping of vacant ‘d’ orbital of metal ion and filled orbital of C-atom (carbon).

A π bond is formed by the lateral overlapping of filled inner orbitals of metal ion and vacant of the carbon atom. Thus synergic bonding exist in metal carbonyls 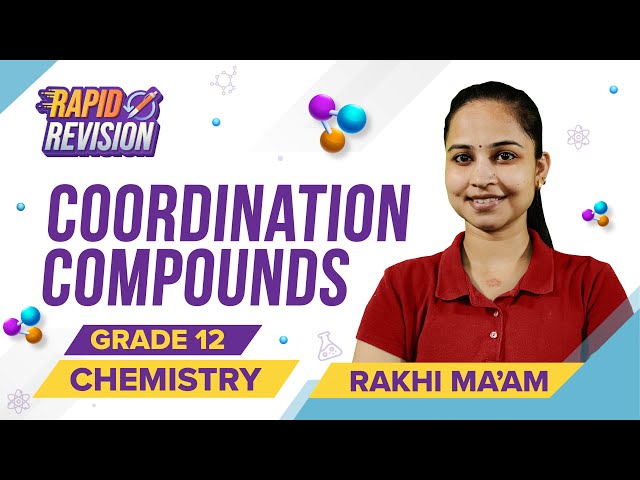 1. Write the formula for the below coordination compounds?

2. For the following compounds write the IUPAC names. 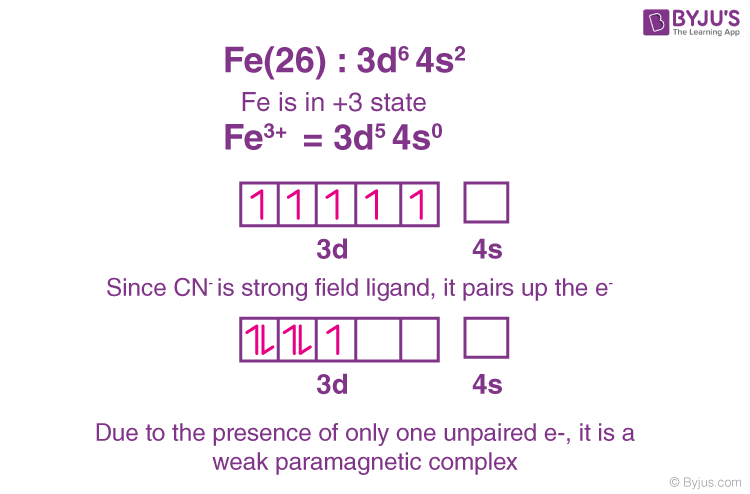 4. Calculate the oxidation numbers of the metal atom in the following complex? 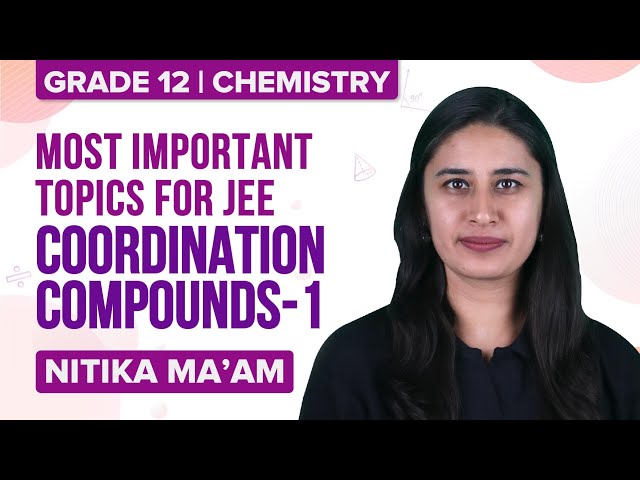 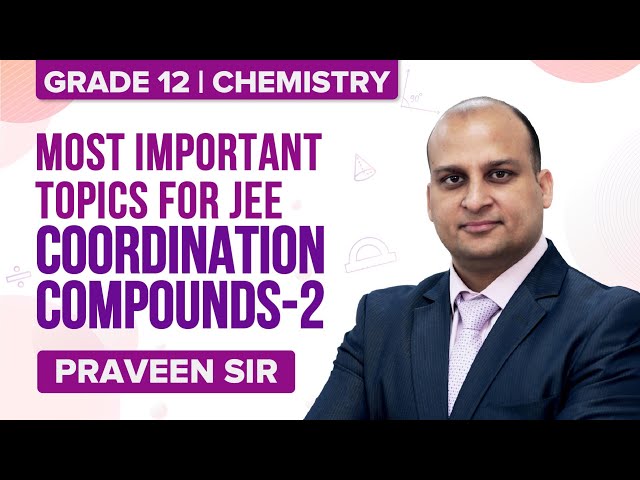 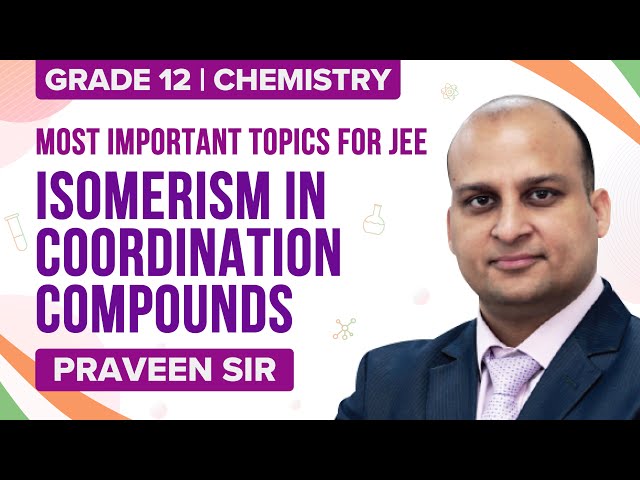 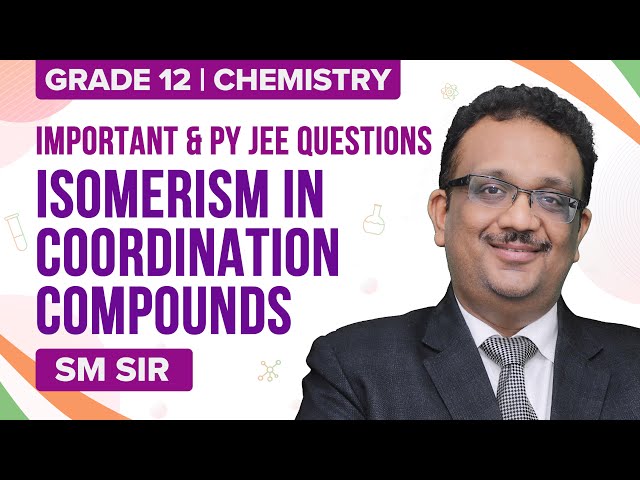 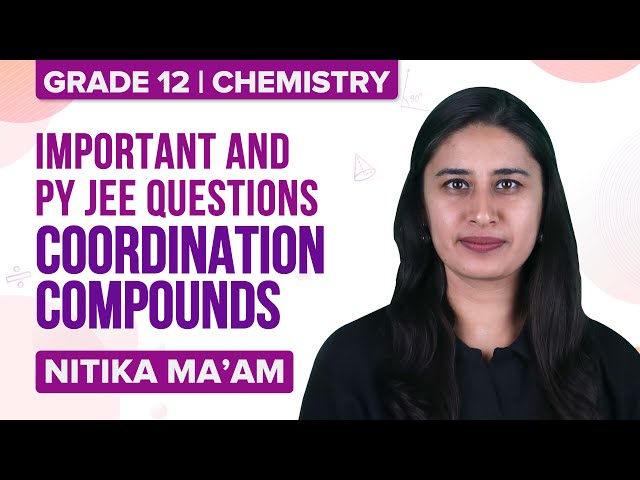 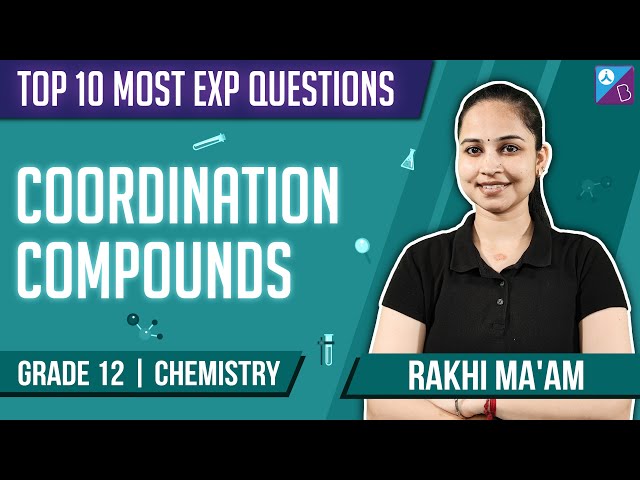 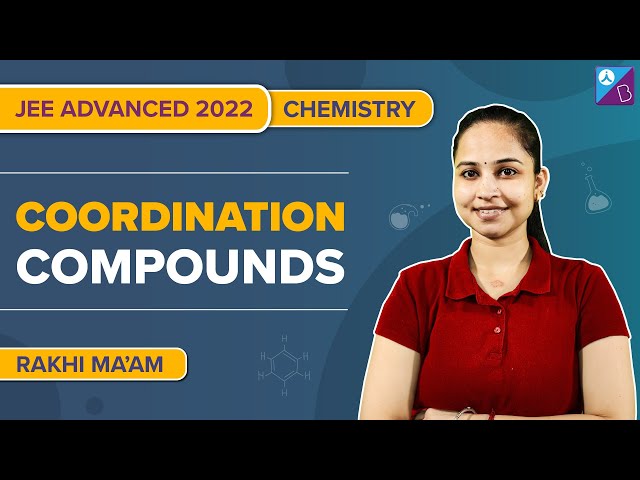 What is the geometry of the coordination complex [Cu(NH3)2]+?

CO and CN are strong field ligands, and NH3 and H2O are weak field ligands.
Test your Knowledge on coordination compounds
Q5