What is Crystal Field Theory?

the net change in crystal energy resulting from the orientation of d orbitals of a transition metal cation inside a coordinating group of anions also called ligands.

Crystal field theory was established in 1929 and treats the interaction of metal ion and ligand as a purely electrostatic phenomenon where the ligands are considered as point charges in the vicinity of the atomic orbitals of the central atom. Development and extension of crystal field theory taken into account the partly covalent nature of bonds between the ligand and metal atom mainly through the application of molecular orbital theory. Crystal field theory is often termed ligand field theory.

In order to understand clearly the crystal field interactions in transition metal complexes, it is necessary to have knowledge of the geometrical or spatial disposition of d orbitals. The d-orbitals are fivefold degenerate in a free gaseous metal ion. If a spherically symmetric field of negative ligand filed charge is imposed on a central metal ion, the d-orbitals will remain degenerate but followed by some changes in the energy of the free ion.

A summary of the interactions is given below.

When transition metals are not bonded to any ligand, their d orbitals degenerate that is they have the same energy. When they start bonding with other ligands, due to different symmetries of the d orbitals and the inductive effect of the ligands on the electrons, the d orbitals split apart and become non-degenerate. 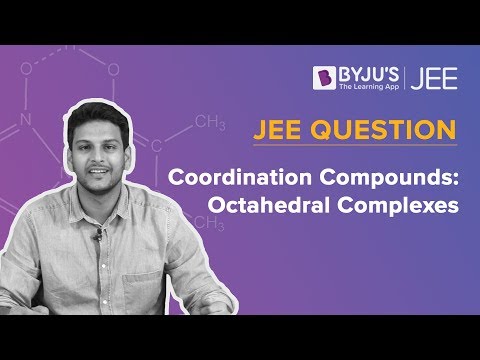 The splitting of fivefold degenerate d orbitals of the metal ion into two levels in a tetrahedral crystal field is the representation of two sets of orbitals as Td. The electrons in dx2-y2 and dz2 orbitals are less repelled by the ligands than the electrons present in dxy, dyz, and dxz orbitals. As a result, the energy of dxy, dyz, and dxz orbital sets are raised while that of the dx2-y2 and dz2 orbitals are lowered.

In a chemical environment, the energy levels generally split as directed by the symmetry of the local field surrounding the metal ion. The energy difference between the eg and t2g levels is given as or 10Dq. It states that each electron that goes into the lower t2g level stabilizes the system by an amount of -4Dq and the electron that goes into eg level destabilizes the system by +6Dq. That is the t2g is lowered by 4Dq and the eg level is raised by +6Dq.

For example, the net change in energy for d5 and d10 systems will be zero as shown below.

The decrease in energy caused by the splitting of the energy levels is called the “Ligand Field Stabilization Energy (LFSE)”.

The crystal field stabilization energies for some octahedral and tetrahedral complexes of 3d metal ions are tabulated below.

Thus, the crystal field splitting depends on the field produced by the ligand and the charge on the metal ion. An experimentally determined series based on the absorption of light by coordination compound with different ligands known as spectrochemical series has been proposed. Spectrochemical series arranges ligands in order of their field strength as:

Filling of d-orbitals takes place in the following manner; the first three electrons are arranged in t2g level as per the Hund’s rule. The fourth electron can either enter into the t2g level giving a configuration of t2g4eg0 or can enter the eg orbital giving a configuration of t2g3eg1. This depends on two parameters magnitude of crystal field splitting, Δo and pairing energy, P. The possibilities of the two cases can better be explained as

What does crystal field theory explain?

What are the limitations of Crystal Field Theory?

Some limitations of CFT are as follows:

What are the advantages of Crystal Field Theory?

The following are some of the advantages of crystal field theory.

Why is CFT superior to VBT?

The mixing of orbitals during bond formation was explained by Valence Bond Theory (VBT). The explanation was primarily based on hybridisation concepts. While Crystal Field Theory explains how orbitals split as ligands approach metal ions, VBT was unable to adequately explain magnetic behaviour. It was unable to explain the formation of outer orbital and inner orbital complexes. CFT, on the other hand, explained everything.

Learn more about the Limitations of Crystal Field Theory with BYJU’S.
Test your Knowledge on Crystal field theory!
Q5