What are Reducing Agents?

A substance which loses electrons to other substances in a redox reaction and gets oxidized to the higher valency state is called a reducing agent. 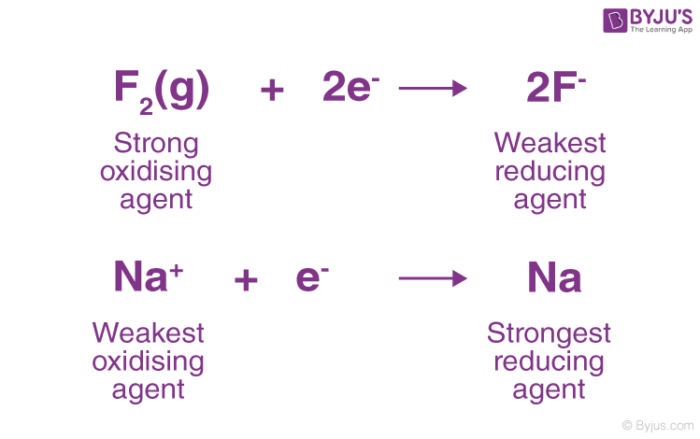 What is the strongest reducing agent?

Due to the smallest standard reduction potential, lithium is the strongest reduction agent. It decreases another substance when something is oxidized, becoming a reduction agent. Lithium is, therefore, the most powerful reducing agent.

What is the weakest reducing agent?

Why hydrogen is a good reducing agent?

When hydrogen gas is carried over warm metallic oxides of copper, lead, iron, etc., it removes oxygen from them and lowers them to their respective metal.

Is Iodine a reducing agent?

What Colour is iodine in the water?

The complex formation changes the colour of the absorbed light. In water, an iodine solution is yellow-brown rather than violet.

Take up a quiz on Reducing agent
Q5