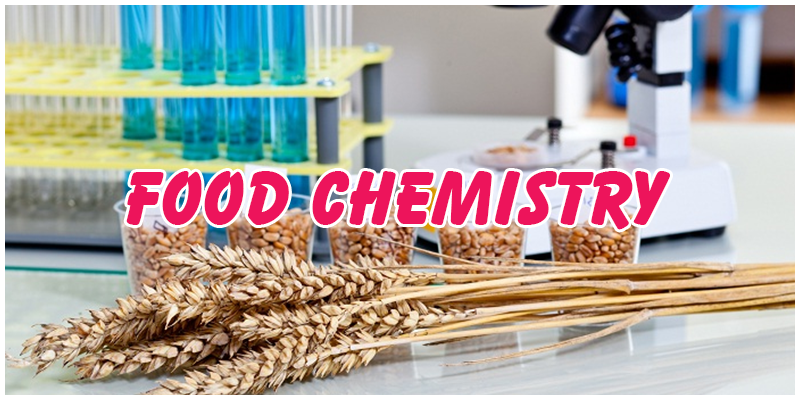 What is Food Chemistry?

Food Chemistry involves the study of the chemical process of all biological and non-biological elements of food. Biological elements refer to things namely beer, milk, meat, lettuce, poultry and more. It is identical to the field of biochemistry and its elements such as proteins, lipids, and carbohydrates but also involves areas such as colours, flavours, water, minerals, vitamins, food enzymes and food additives.

Food chemistry includes how foods may change under the influence of various food processing technique and measures to prevent or reinforce it from happening. A general example for reinforcing would be fermentation of dairy products with microorganism wherein they are responsible for the conversion of lactose to lactic acid. Another example of food chemistry would be preventing a browning that is formed on an apple that has been chopped fresh by sprinkling lemon juice.

Components and Chemicals in Food Chemicals are essential building blocks for everything in the world. Chemicals in the food play very important role in everyone’s day to day life. Some components and chemicals in food are discussed below.

Water forms one of the main components, comprising almost 95% of tomatoes, cabbage, and other vegetables, 75% in meat products. It makes a way for contamination of food and also helps in the growth of bacterias if not processed properly. This can be prevented by reducing the percentage of water present in the food for more self-life. Some of the methods include proper refrigeration, freezing, and dehydration.

Proteins play a vital role in the functioning of a cell. It comprises of 50% of the dry weight of a living cell when considered as average. It contains zinc, copper, iron, sulfur, oxygen, nitrogen, hydrogen and carbon. Source of proteins include legumes, meat, nuts, eggs, milk and green vegetables.

Food additives are materials that are added in food for improving appearance, taste and even to retain flavours. Some of them are naturally occurring flavours namely sugar and salt. But there are many other flavours that are created by chemists and methyl salicylate is one such example.

Enzymes are biochemical catalysts which are used in converting processes from one substance to another. Enzymes are also involved in decreasing the energy and time required to complete a chemical process. For the production of food products like dairy, fruit juices, beer, bread, etc. enzymes are used in the industries.

Take up a quiz on Food Chemistry impact
Q5