What is Sodium chloride?

Sodium chloride is an ionic compound with the chemical formula NaCl.

Sodium chloride is also known as salt. It occurs in oceans and sea waters. It is also found as rock salt. About 1% to 5 % of seawater is made of NaCl. It is a crystalline solid, white. In its aqueous form, it is called a saline solution.

The molecular weight of NaCl is 58.44g/mol

This compound is water-soluble and consists of sodium cation and chloride anion. The sodium and chloride ions are present in the ratio of 1:1. It is widely known as table salt and is mostly used in the food industry for preservation and flavouring. The pH of sodium chloride is 7. 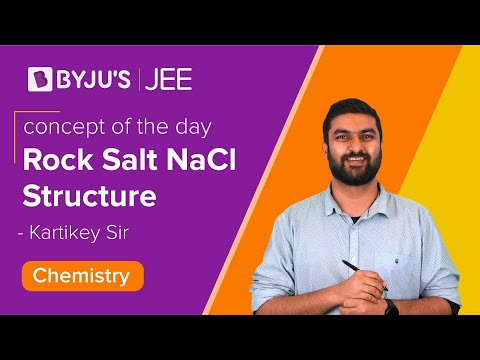 What is sodium chloride used for?

The chemical name for common salt is sodium chloride. Sodium is an electrolyte that controls how much water the body has in it. Sodium also plays a part in muscle contractions and nerve impulses. Sodium chloride is used to treat or avoid dehydration, excessive sweating or other causes of sodium loss.

Is sodium chloride acidic or basic?

NaCl is formed by the HCl and NaOH reaction. Both the acid and the base are strong in this reaction. When a strong acid and a strong base react together, salt and water are formed as a result. Thus, sodium chloride is a salt.

How to make 1M and 2M solutions of NaCl?

Fill a flask with 1litres of water, measure how much sodium chloride you need, add it to the water and shake until it is dissolved. Add 58.44 grams of salt for a 1M solution and add 116.88 grams and so on to make a 2M solution.

Is NaCl crystalline or amorphous solid?

It is a crystalline solid which have an fcc structure.

How many Na+ and Cl- ions are present in a unit cell of NaCl?

Learn more about the structure and properties of NaCl from the expert faculties at BYJU’S.