Hyperconjugation effect is a permanent effect in which localization of σ electrons of C-H bond of an alkyl group directly attached to an atom of the unsaturated system or to an atom with an unshared p orbital takes place. 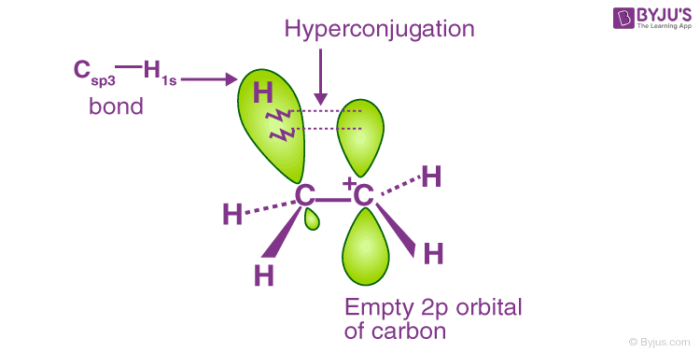 To learn more about hyperconjugation, register with BYJU’S and download our app. Test your knowledge on Hyperconjugation
Q5