The term “conjugated” was invented in 1899 by the German chemist Johannes Thiele. A conjugated system is a molecule’s system of connected p-orbitals with delocalised electrons, which decreases the molecule’s overall energy and promotes stability. It is commonly depicted as having single and multiple bonds that alternate.

The overlap of one p-orbital with another over an adjacent bond is known as conjugation (in transition metals, d orbitals can be involved).

Conjugation is achieved by alternating single and double bonds, with each atom providing a p-orbital perpendicular to the molecule’s plane. The system can be regarded as conjugated as long as each consecutive atom in a chain has an accessible p-orbital. However, conjugation can take place in a variety of ways.

Sigma (σ) Framework System: It is a strictly localised bonding scheme that describes the framework, which consists of bonds formed by interactions between sp3-, sp2-, and sp-hybridised atomic orbitals on the main group elements (and 1s atomic orbitals on hydrogen), as well as localised lone pairs derived from filled, nonbonding hybrid orbitals.

Pi (π) Framework System: Above and below the plane of the molecule where π – bonding occurs. The interaction of unhybridised p-atomic orbitals on atoms via sp2– and sp-hybridization forms the molecule’s system(s). The contact that causes bonding occurs between p-orbitals that are adjacent due to a link connecting the atoms, and it takes the shape of a side-to-side overlap of the two equally sized lobes that make up each p-orbital.

What is Conjugated Double Bond

The energy level of the structure is usually reduced as a result of delocalisation, boosting the structure’s stability. Ring, acyclic, linear, and mixed structures with cyclic and linear structures can all contain conjugated double bonds. 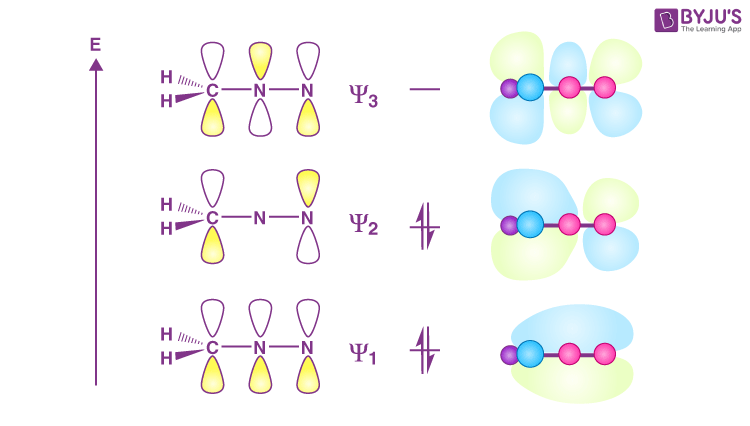 The mixing or overlapping of p-orbitals of one atom with another p-orbital in a neighbouring sigma bond is referred to as conjugation. As a result, a conjugated system has a region where the p-orbitals overlap.

Many features of conjugated systems can be understood and predicted using molecular orbitals. Depending on the symmetry of the resultant bond after adding the atomic orbitals, sigma (σ) or pi (π) bonds were formed.

How many conjugated double bonds are there?

How many different types of conjugation are there in chemistry?

How do you recognise conjugation in chemistry?

The p-orbitals can be used to determine conjugation. The p-orbitals are always used to make double bonds, and a lone pair can be in a p-orbitals if it will conjugate the molecule. To be a conjugated molecule, it must have three or more p-orbitals in a row.

What are the essential criteria for conjugation?

Because orbital overlap is a condition for conjugation, the conjugated system must be planar (or nearly so). As a result, lone pairs that participate in conjugated systems will occupy pure p- character orbitals rather than the spn hybrid orbitals found in nonconjugated lone pairs.

How does conjugation affect bond length?