What is Copper(I) Oxide?

Copper(I) Oxide is also called as cuprous oxide an inorganic compound with the chemical formula Cu2O. It is covalent in nature. Copper(I) oxide crystallizes in a cubic structure. It is easily reduced by hydrogen when heated It undergoes disproportionation in acid solutions producing copper(II) ions and copper. When the cupric oxide is gently heated with metallic copper, it is converted into cuprous oxide. It acts as a good corrosion resistance, due to reactions at the surface between the copper and the oxygen in air to give a thin protective oxide layer. 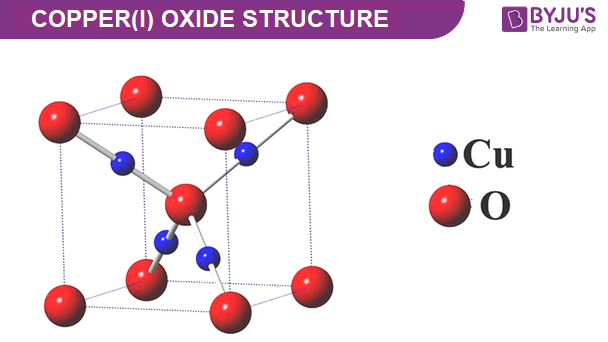 What are the uses of cuprous oxide?

Cuprous oxide is widely used in marine paints as a dye, fungicide and an antifouling agent. Industrially, rectifier diodes based on this material were used as early as 1924, long before silicon became the standard.

What is the difference between CuO and Cu2O?

Cu2O is obtained by oxidizing copper metal or reducing sulfur oxide copper(II) solutions, while CuO is obtained by pyrometallurgical methods used to remove copper from ores. Most of the preservatives in wood are made from copper. This is often used as a pigment to shape various glazes.

Comment on the solubility of cuprous oxide in water