What is Crystal Structure?

Crystal Structure is obtained by attaching atoms, groups of atoms or molecules. This structure occurs from the intrinsic nature of the constituent particles to produce symmetric patterns. A small group of a repeating pattern of the atomic structure is known as the unit cell of the structure. A unit cell is the building block of the crystal structure and it also explains in detail the entire crystal structure and symmetry with the atom positions along with its principal axes. The length, edges of principal axes and the angle between the unit cells are called lattice constants or lattice parameters. 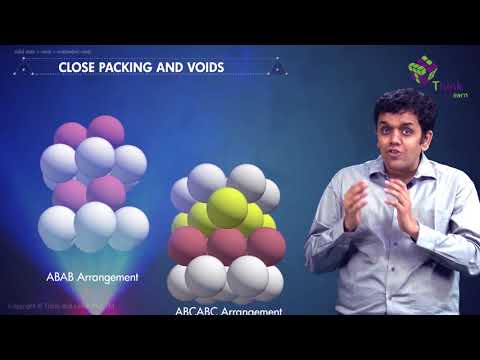 Crystals use x-rays, which excite signals from the atom. The signals given by these atoms have different strengths, and they usually depend upon the electron density distribution in closed shells. The signals released by the atoms varies. Lighter the atoms, weaker is their signals. The mutual arrangement of atoms is also known as crystal structures. Crystal structures are derived from the physical density and chemical formulas of solids. Unit cell can be defined as the smallest part of a component of the crystal. A group of atoms, ions or molecules, which are arranged together in a pure manner to build the crystal. The unit cells are structured in three-dimensional space, which describes the bulk arrangement of atoms of the crystal. A Crystal System refers to one of the many classes of crystals, space groups, and lattices. In crystallography terms, lattice system and crystal, the system are associated with each other with a slight difference. Based on their point groups crystals and space groups are divided into seven crystal systems.

The Seven Crystal Systems is an approach for classification depending upon their lattice and atomic structure. The atomic lattice is a series of atoms that are organized in a symmetrical pattern. With the help of the lattice, it is possible to determine the appearance and physical properties of the stone. It is possible to identify to which crystal system they belong to. In a Cubic System crystals are said to represent the element earth. They are Seven Crystal Systems and are stated below with illustrated examples.

Why is crystal structure important?

Do rocks have crystal structure?

The composition of the crystal is based on the conditions in which the mineral forms. The minerals with the same chemical formula but different crystal shapes are polymorphs. Conditions such as temperature (T) and pressure ( P) are the conditions, since they influence ionic radii.

What are the two main types of minerals?

What is the difference between crystals minerals and rocks?

A mineral is an inorganic substance or compound that occurs naturally and has an ordered internal structure and chemical composition, crystal shape, and physical properties that are distinctive. A rock, or a mass of undifferentiated mineral matter, is an accumulation of one or more minerals.

What determine the shape of a crystal?

A number of variables, such as the size and length of their surfaces (known as ‘faces’) and sides, and the angles between them, define the shapes of crystals. These forms are named for their geometry – for example, the ‘cubic or isometric’ crystal group belongs to crystals centred on cubes.

To know more about the Atomic Structure, Crystal structure, and their classification, register with BYJU’S.