Hetero-substituted cyclohexanes in which one or more CH2 groups are replaced by O or NR almost invariably exist predominantly in chair conformations.

The cyclic version of hexane, utilised as a raw material in the creation of nylon, is cyclohexane, an alicyclic hydrocarbon with a ring of six carbon atoms. It performs the function of a non-polar solvent. Cyclohexane is commonly used as a chemical intermediate. Adipic acid for nylon-6/6 is used 54% of the time, caprolactam for nylon-6 is used 39% of the time, and goods such as solvents, insecticides, and plasticizers are used 7% of the time. 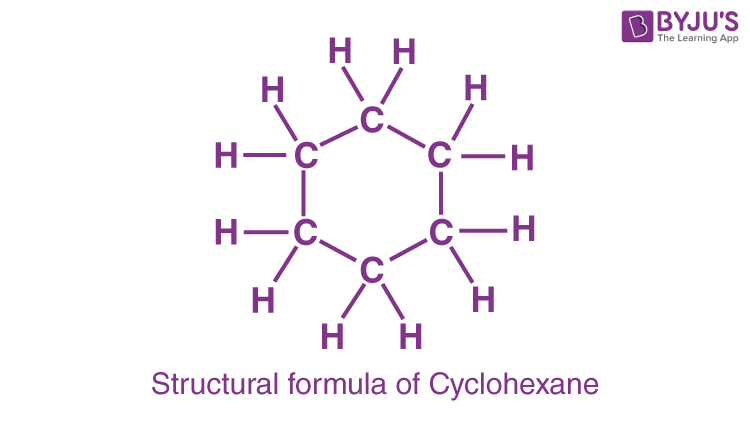 The study of cyclohexane led to the development of many of the most significant principles of conformational analysis. Angle strain is essentially absent in three cyclohexane conformations: chair, boat, and skew (or twist). The chair is the most stable of the three, owing to the staggered arrangement of all its links. Torsional strain destabilised the boat and skews conformations because the bonds are not perfectly staggered. 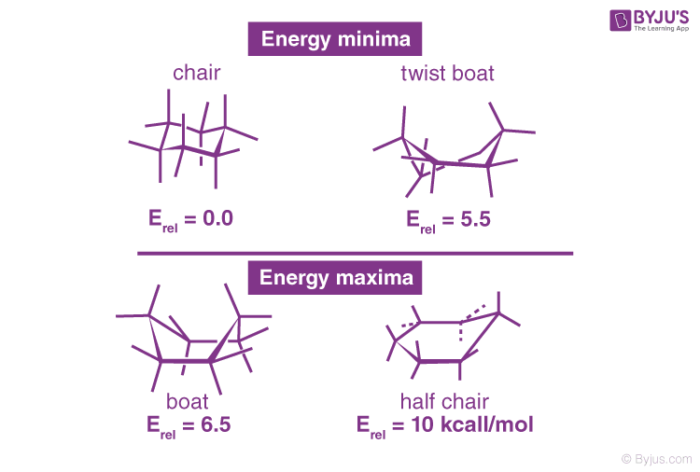 The mutual crowding of hydrogen atoms at carbons one and four further destabilise the boat conformation. The boat’s form brings its two “flagpole” hydrogen atoms closer together than the 2.20-angstrom limit at which repulsive forces between hydrogen atoms become important. 999 out of 1,000 cyclohexane molecules exist in the chair form at normal temperature (the other being skew). Why is cyclohexane so important?

Cyclohexane is used as a nonpolar solvent for the chemical industry, and also as a raw material for the industrial production of adipic acid and caprolactam, both of which are intermediates used in the production of nylon.

Is cyclohexane organic or inorganic?

The cyclic version of hexane, utilised as a raw material in the creation of nylon, is cyclohexane, an alicyclic hydrocarbon with a ring of six carbon atoms. It performs the function of a non-polar solvent. It is a volatile chemical molecule and a cycloalkane.

How many chair conformations does cyclohexane have?

Why is cyclohexane not aromatic?

Cyclohexane has the formula C6H12, the compound is planar and cyclic, but doesn’t have delocalised pi electrons (there are no pi bonds present) and also doesn’t follow Huckel’s rule. Hence, it is not aromatic.

How is cyclohexane made?

All cyclohexane is produced in benzene hydrogenation units. In the process, high-purity benzene feed and purified hydrogen (typically recovered from reformers and ethylene crackers) are brought to reaction temperatures and charged to the reactor.