Di and Polybasic Acids and Bases

What are Polybasic Acids?

Acids capable of yielding more than one hydronium ion per molecule are called polybasic acids, the dibasic, tribasic etc indicating the number of replaceable hydrogen.

Taking the example of a few acids such as sulphuric acid, phosphoric acid, we can see that they contain more than one ionizable ion per molecule. Such acids are termed as polybasic acids.

We use so many acids and bases every day, such as vinegar or acetic acid in the kitchen, boric acid for laundry, baking soda for the purpose of cooking, washing soda for cleaning etc. Many of the acids, that we do not consume in the household are used in the laboratories, which includes acids such as HCl, H2SO4 etc. and bases such as NaOH, KOH etc.

Some of these acids and bases have a single hydronium ion or a hydroxyl ion to shed, but most of them have multiple ions. In this section, we will learn about acids and bases which contain more than one ionizable ion per molecule.

Let us consider the following ionization reaction of a typical polybasic acid.

This is an example of dissociation of a dibasic acid into its constituent ions.

The equilibrium constant for the above reaction can be given as, 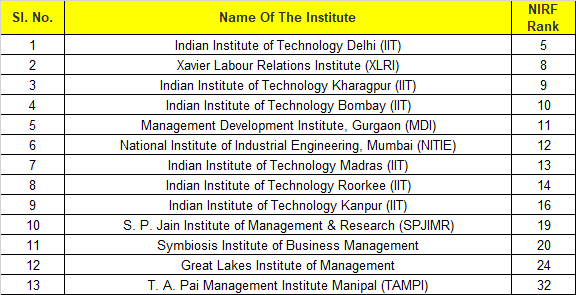 Example : Ionization of H2SO4 is

The formation of acid salts may be elucidated by the following considerations. Most of the inorganic acids combine with bases in such a manner that 1 atom of the acid is united with 1 atom of a metallic oxide, so that they may be termed monobasic acids.

Certain acids, however, exist of which an instance has already presented itself in the pyrophosphoric, 1 atom of which possesses the power of combining with 2 atoms of base such acids are hence termed dibasic acid. Numerous acids of this class are found among those obtained from the vegetables and the animal kingdoms tartaric acid and malic acid are examples of this kind.

A base is a substance which gives (OH-) ions when dissolved in water. The strength of the base depends on OH– ions concentration. The number of ionizable hydroxide ions (OH–) present in one molecule of base is called the acidity of bases. On the basis of acidity bases can be classified as monoacidic base, diacidic base, triacidic base etc.

Ionization of Poly Acidic Base

Taking the example of a few bases such as calcium hydroxide, aluminium hydroxide, we can see that they contain more than one ionizable ion per molecule of base. Such acids are termed as poly-acidic bases.

Similarly ionization reaction of a typical poly-acidic base.

What are Polyprotic acids and bases?

How does bond strength affect acidity?

In general, the bond strength of an acid depends on the size of the ‘A’ atom: the smaller the ‘A’ atom, the stronger the H-A bond. The atoms get bigger when moving down a path in the Periodic Table and the strength of the bonds becomes weaker, which means that the acids get stronger.

Is HCl a strong acid?

What is a monobasic acid?

For an acid-base reaction, a monobasic acid is an acid that has just one hydrogen ion to give to a base. So a monobasic molecule only has one replaceable atom of hydrogen. Sources of this include HCl and HNO3.

What is a weak Diprotic acid?

When we do a mild diprotic acid solution, we get a solution that contains a mixture of acids. Carbonic acid, H2CO3, is a case in point of weak diprotic acid. The ion of bicarbonate can behave as an acid, too. This ionizes and produces even smaller concentrations of the hydronium ions and carbonate ions.

Do acids and bases ionize in water?

Acids and bases dissolve in water, and they inhibit water dissociation as they increase the concentration of one of the water self-ionization components, either protons or hydroxide ions. Acidic solutions have a lower pH while fundamental solutions have a higher pH.

What is ionization of an acid?

Acid Ionization. The degree of Ionization refers to an acid or base strength. It is said that a strong acid ionizes entirely in water while a weak acid is said to only partly ionize.

The acid balance problems addressed so far have focused on a class of compounds known as monoprotic acids. Each of these acids has a single H+ ion, or proton, as it acts as a Bronsted acid, it can give.

To learn more about the di and poly-basic acids and bases and other related topics, download BYJU’S The Learning App.

Test your Knowledge on Di polybasic acid base!
Q5