Diastereomers are defined as compounds which have the same molecular formula and sequence of bonded elements but which are nonsuperimposable, non-mirror images.

Enantiomers and diastereomers commonly called stereoisomers fall under the broader concept of isomerism which always involves the comparison of at least two species.

Stereoisomers are molecules of identical constitution but nevertheless different. Differences between diastereomers can be expressed in scalar terms, that is by differences in the distances of certain characteristic pairs of atoms. 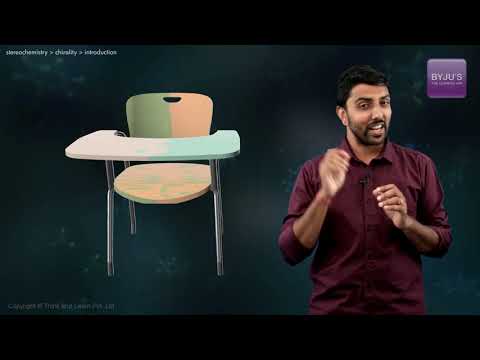 3-chloro-2-butanol affords another example of a compound having two dissimilar chiral carbon atoms and can exist in four stereoisomeric forms as given below.

We know stereoisomers that are not mirror images are called Diastereomers. They are either geometrical isomers or compounds containing two or more chiral centres. A Diastereomer is called erythro if its Fischer projection shows similar groups on the same side of the molecule. It is called threo if similar groups are on the opposite sides of the Fischers projection.

Each pair of threo is a diastereomer of each pair of erythro isomers. The terms erythro and threo are generally used only with molecules that do not have symmetric ends.

Properties of Enantiomers and Diastereomers

The comparison of the properties of enantiomers and diastereomers are

What is the difference between an enantiomer and a diastereomer?

What are diastereomers as an example?

Diastereomers may often include compounds which are ring structures. Imagine, for example, two compounds with a six-membered ring, each with two substituents, a chlorine atom and an ethyl group. They are also not mirror images of each other, just like our previous example, which defines them as diastereomers.

Yes. All enantiomers are involved with optical effects. Optical behaviour is also one of the concepts of enantiomers because enantiomers are molecule isomers which are non-super-imposable mirror images of each other and rotate light in opposite directions.

Diastereomers are often chiral and distinct from each other. Remember that pairs of diastereomers exist, and each has two chiral centres. The chirality of one of them would be (for example) “R, S” in the original classic diastereomer, and the other would be “R, R.”

Which are two types of stereoisomers?

Diastereomerism (including ‘cis-trans isomerism’) Optical Isomerism (also known as ‘enantiomerism’ and ‘chirality’) are the two primary forms of stereoisomerism.

Are D and L enantiomers?

How do you identify diastereomers?

Test your knowledge on Diastereomers
Q5